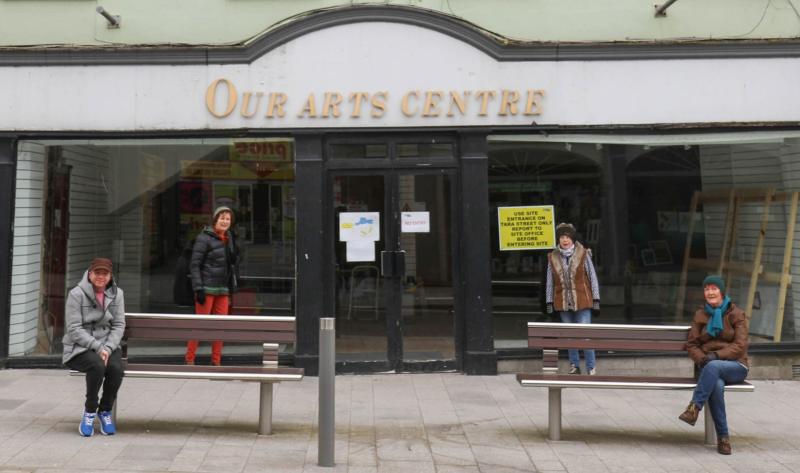 A new complex is being built to the rear of the old store which can be seen from the Bridge Centre car park.

The development follows the official signing of contracts between Offaly County Council and the building contractor, Galway based FVG Construction, earlier this month.

The work has been welcomed as a “first step” in a statement issued by the Tullamore Community Arts Centre Action Group, an independent body formed following disquiet at repeated delays in the project.

“This news has been greeted with both a collective sigh of relief and a sense of great excitement that we have finally arrived at the beginning of this significant development for our town and county,” said a statement from the Action Group issed to the Tribune this week.

It continued: “ It is heartening to see the builders on site and to have this good news story in these difficult times.”

“We extend our appreciation and congratulations to all who have been involved in this important infrastructural project; in particular Annamarie Delaney, Chief Executive, Offaly Co. Council and her team for their leadership and vision in finalising and achieving the necessary investment package.”

The group stressed the members of Offaly Co. Council also need to be acknowledged and congratulated.

The Action Group said they acknowledge the key role played by the Community Arts Centre board members who “have given significantly of their time and energy over the years.”

The statement also paid tribute to the people of the community who fund-raised, campaigned for and supported this project over the past twenty years.