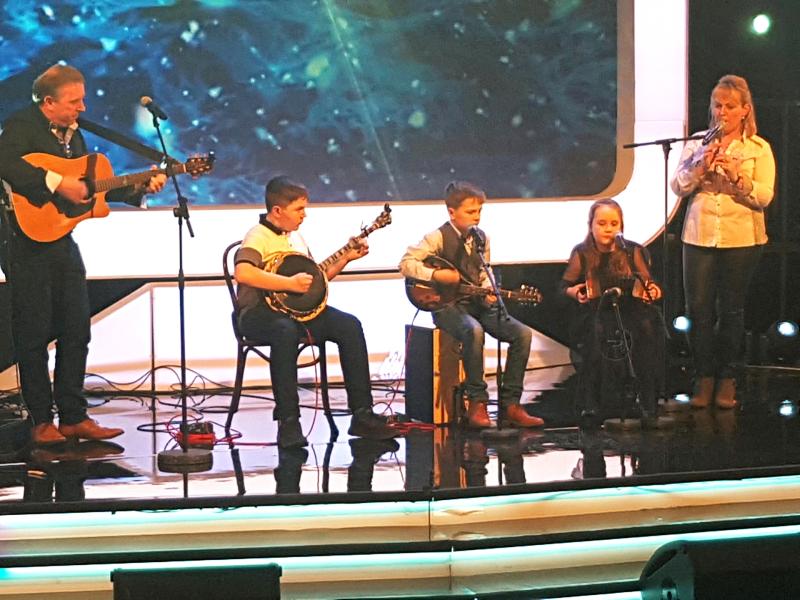 Midlands group, the Wrafter Family Band, earned the plaudits of all three judges on TG4 show Realta Agus Gaolta as they were voted winners of their round of the competition last Sunday night.

They will now advance to the semi-finals of the search for Ireland's most talented family.

The Wrafters, from Kilbeggan, performed their version of the song, Farewell To The Rhondda, with their musical ability and versatility impressing judges Sinead Ni Uallachain, Irial O' Ceallaigh and Jim Lockhart.

Commenting after the Wrafter's performance, judge Irial O' Ceallaigh remarked, "That was 100%. I couldn't say anything that would make that better."

Having experienced the disappointment of not making it past the first round last year, dad of the family, Peter Wrafter, explained that winning their round this year was both a relief and another experience to build upon.

"We certainly didn't take anything for granted, I don't think anyone could do that. Everyone who is involved in the show is there on their own merits, and because they have talent to begin with."

"Last year, we had the experience of things ending for us at the first hurdle, so to speak. But I don't think anyone can be involved in a show like this, definitely not one as well put together as we've seen Realta Agus Gaolta to be, without learning from it, and being better because of it."

"And to always be learning, and getting better, that's the most important thing. That being said, we were delighted to get through, and it was a nice surprise - and I suppose a relief as well - to hear our name called at the end."

Peter continued, "It's been a lovely experience for us again this year, everyone from Sile [Seoige, the host] to the judges, to everyone behind the scenes, have been fantastic to work with. The plan now is just to keep enjoying our time on the show, and to see how far it goes."

Realta Agus Gaolta is broadcast every Sunday night at 8.30pm on TG4.