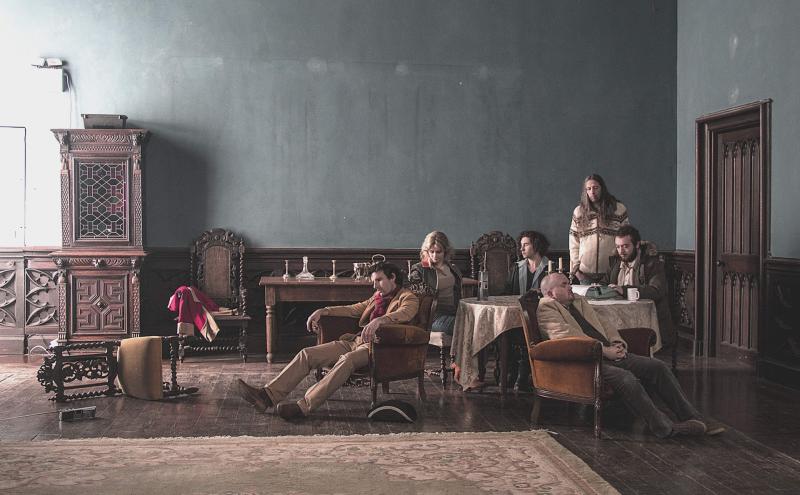 Irish Premiere of Kubrick by Candlelight, on Friday, October 13, at 6 pm as part of the 8th edition of international OFFline Film Festival, Birr, Offaly.

Writer and director, David O’Reilly, winner of the 2016 Film Offaly/Filmbase bursary award, presents the short film Kubrick by Candlelight, a light hearted romantic comedy set behind the scenes of the filming in Ireland in 1973 of Stanley Kubrick’s Barry Lyndon. The screening will be followed by a Q&A with the cast and crew.

“I’m incredibly excited and honoured to be showing Kubrick by Candlelight for the first time in Ireland at Offline. Thanks to the FilmOffaly/Filmbase award, we made the film in Offaly, so it’s fitting to have its first screening at the brilliant Offline. I would like to thank Gary Hoctor and Roisín Geraghty for their enthusiasm and support of myself and the film. It’s going to be a lot of fun! KBC is coming home to Offaly!” David O’Reilly.

To coincide with the screening David O’Reilly has curated a photography exhibition entitled Kubrick perspectives in the Chestnut Arts Lounge in Birr. During David’s travels as one of the world’s top location scouts he has collected an amazing range of Kubrickian One Point Perspectives – in the jungle, in the city, in the air and underground – finding a linear space in the chaos of modern life.

David will also hold a Location Scouting Workshop at 11.30am on Friday, October 13 in Birr Theatre & Arts Centre which will focus on his career in movies, illustrated with images and videos

To top it off Stanley Kubrick’s epic costume drama Barry Lyndon, will screen at Offline on Saturday 14th October at 9 p.m.

Screening of Kubrick By Candlelight and the Location Scouting Workshop is free to the public but booking is essential. Book through www.Offlinefilmfestival.com or call 05791 22911.