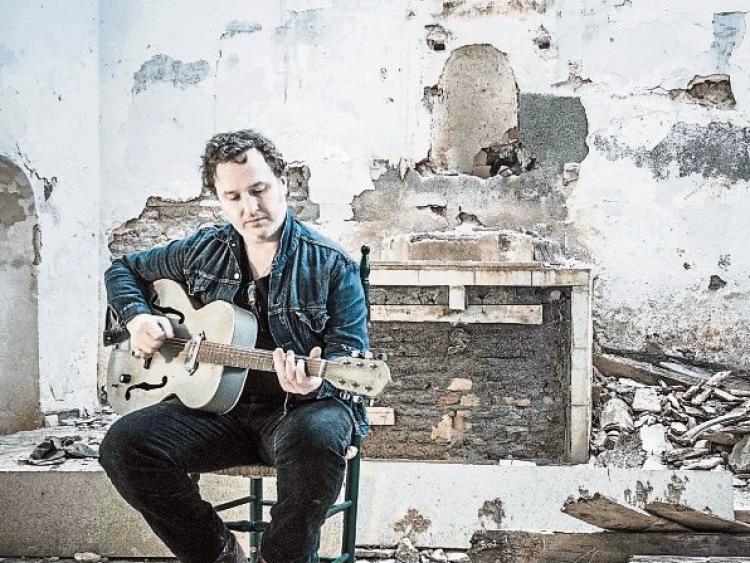 Mundy is currently honing his skills on TV3's Celebrity Masterchef

Despite currently starring every week on TV3's Celbrity Masterchef programme, Offaly singer Mundy has revealed how a maverick priest in Birr inspired him to take a path into the world of music during an interview with New Zealand media. The 'July' singer was speaking to 'Stuff' magazine ahead of an upcoming tour of the country. He recounted the first time he came in contact with a guitar at the age of 14 when an unconventional local priest visited his school in Birr.

Fr. Pat Gilbert arrived at Mundy's school in his hometown of Birr on a motorbike with a drum set, a bass and an electric guitar, Mundy explained. The year was 1988, Mundy remembered, and he says Fr Gilbert "turned Mass around, and started bringing in gospel and making it more friendly for the kids."

"He made the kids two years above me create a band for Mass and me and my friends were like, 'wow, this is pretty amazing', and all the girls started looking the other way instead of looking at the sports players," he added. With that injection of music into his school and young life, Mundy made the decision to pick up the guitar, and he found himself and his friends staying late after school to play music.

"It was quite a revolutionary time in our lives because all the other years would have been playing sport and going home, or staying back to study, and we were given this opportunity to get into music totally because this priest made it happen," he insisted. Mundy's father also owned a local pub, and it was here he would later hone his musical talents, playing hits from the likes of Bob Dylan, U2, Simon & Garfunkel, The Doors and R.E.M for the punters.

"Basically, I learned how to play in public while everyone was looking. I was reading off the hymn sheets and got better and better, and it took control of me a bit more than anyone had envisaged," the 'Galway Girl singer remarked. When Mundy finished school at the age of 17, he made the move to Dublin, where he enrolled in courses, but found himself spending most of his time busking on Grafton Street.

Two years later, Mundy was spotted and invited to tour with Alanis Morissette in the UK. He later signed a record deal, from which his single, 'To You I Bestow' ended up on the soundtrack of the movie, Romeo + Juliet. "That soundtrack sold over 11 million copies and it put my music out into places around the world where it never would have got to otherwise."

Now a husband and father-of-two, with six studio albums under his belt, Mundy has this week, been remembering with fondness the major influence of Fr Pat Gilbert on his musical career, the man who really fostered a passion and love of music in the Birr native.