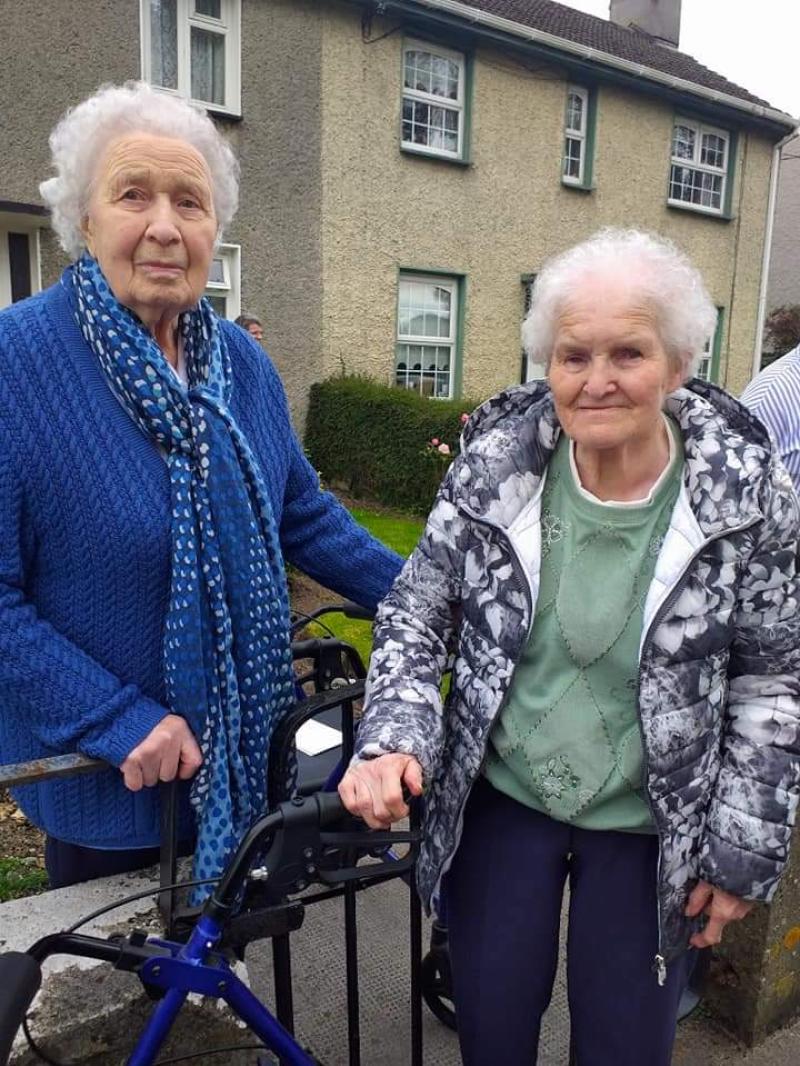 The residents of the area organised a collection amongst the houses to present Mrs Lowbridge with an impressive Seiko clock in addition to balloons and a cake to mark the momentous occasion.

And the lady of the moment, Mrs Lowbridge took it all in her stride, and was in fact somewhat bemused at the fuss,

She jokingly told the large gathering of neighbours outside her house when asked if she knew they were going to surprise her: “If I had known that, I wouldn’t have come out!”.

She was also taken aback that the local paper would cover the event. “I’ve had a big surprise,” she told the Tullamore Tribune about the turnout on the day.

Still very much hale and hearty, she took turning 100 very much in her stride. “I feel as if I am only 16,” she said.

She thanked everyone who turned up to celebrate the occasion, and treated her to two renditions of happy birthday on the day.

The centenarian said she planned to enjoy the rest of the day with her family. “Why not? You only reach it once,” she remarked.

Mrs Lowbridge, who is originally from Clonaslee,  was joined by her son John, daughter Ann Marie, grandchildren and great-grandchildren.

The enthusiastic response from Mrs Lowbridge’s neighbours certainly showed the esteem in which she is held, which Mr Dowling remarked upon.

The Ireland in which Mrs Lowbridge was born into was a very different one to the one we know today. Ireland was in the throes of the War of Independence, and was still under the last days of British rule.

In the week prior to Mrs Lowbridge’s birth, Kevin Barry was arrested and hanged for his part in an attack on British soldiers.

In the years that followed, the Irish Free State would emerge in the fledgling years of Irish freedom.