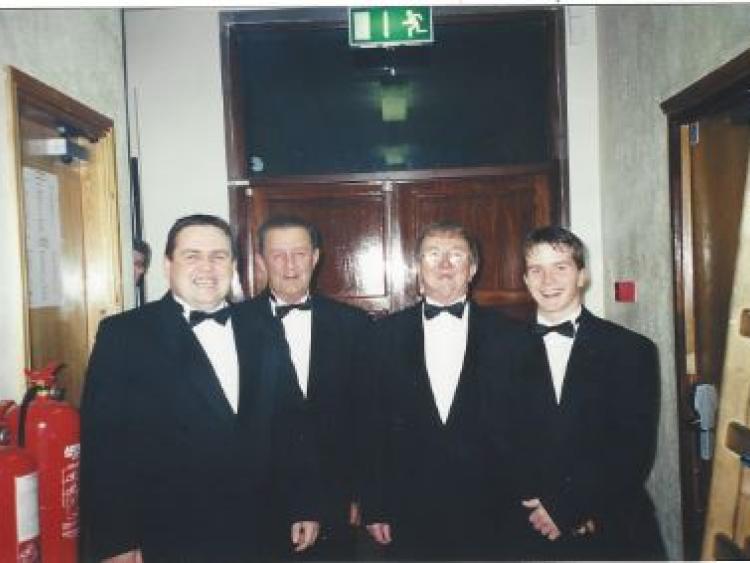 GENERATIONS of two Tullamore families have contributed enormously to the local Musical Society.

They were recognised at a Millennium Musical concert held in the Tullamore Court Hotel in October 2000.

This concert included musical numbers from Die Fledermaus, Evita, Oliver! Phantom of the Opera, Crazy for You, Les Miserables, Aladdin, The Lion King and many more.

Three Generations of the Norton Family:

Four Generations of the Hughes family:

Jack Hughes (R.I.P.) (Brian's father) appeared in the first show “Trial by Jury” in 1955, Jack's wife Pauline (R.I.P.) was a stalwart of the Society where she looked after the booking office over many years. Brian has played many leading roles. Colin has also played many leading roles. Nicola and Michelle (Colin's sisters have also appeared on stage with the Society. Mairead Hughes (R.I.P.) Brian's wife was Treasurer of the Society for many years. Nicola`s son Kenny Heffernan appeared on stage in our 2012 production “Beauty and the Beast” playing the role of “Chip”.