THE streets of Tullamore and other towns in Offaly have fallen quiet once again as the county enters into its first full week of Level 5 lockdown.

Though not as silent as during the May lockdown, it is still poignant to see so many businesses closed along the main streets, especially during what should normally be the run up one of the busiest times of the year.

One of first major casualties was the Tullamore Court Hotel with the announcement on its website that it was ''devastated'' that it is to close until February 1, 2021 ''following the introduction of Level 5 restrictions and the impact on hospitality.''

The statement said the hotel's phone lines will remain open and online bookings will continue.

''We would like to thank you all for your support and loyalty, especially through these past few months. Stay positive, stay healthy, and stay safe!'' the announcement read, and was signed by hotel manager Philip O’Brien.

Many businesses in Tullamore, like the Shoe Loft and Park Avenue 23, are using Facebook to highlight clothing or shoes. People can order through Facebook and collect items at a certain time during the day.

Last week the Tribune, in association with its sister online paper www.offalyexpress.ie, launched a shop local campaign, #keep Offaly in business, with the aim of encouraging people to shop local and click local.

The campaign will see a five@5 list published every day on the website and shared out on social media for people to be made aware of their services.

Within a few weeks, there will be hundreds of businesses highlighted and people in the area are asked to support those enterprises.

Meanwhile, at the Brewery Tap on Bridge Street, they are not letting the grass grow under their feet and are starting a food and drink takeaway service from next Friday October 30.

''With the new regulations now, the one thing we can do is takeway. We dabbled in the food business before but we are going into it fairly big from Friday,'' said owner Paul Bell.

''If this [Level 5 restrictions] continues on for the month of December we will extend opening hours. It's a whole new beginning. We are unique in Tullamore in that we will have  drinks  too, we will have draught beers, Irish coffees and Bailey's coffees,'' added Mr Bell.

''The main reason we want to do this is to keep our name out there and keep us relevant and to give customers an option to what other takeaways are doing.''

In addition Paul Bell said he will be taking five or six members of staff off of the pandemic unemployment payment and back to work. ''We have a big fan base, we have good loyal, regular customers, and we are getting a huge positive reaction on our Facebook page,'' said Paul. If you want to order a takeaway from the Brewery Tap then their landline is 0579321131.

In another development the Manager of GVM Mart in Tullamore, Antoinette Daly, called for Covid-19 restrictions to be eased so that buyers be allowed back at the ringside, subject to strict social distancing guidelines.

She said the online system was working but it crashed on Saturday during a pedigree sale in Tullamore. “There were just 43 animals so it was delayed for a few hours and resumed at 3pm. But if that had been an ordinary sale on Monday or Thursday with 600 to 700 animals the whole thing would have to be called off,” she pointed out.

Ms Daly said the online sale on the Bank Holiday Monday, with 700 cattle, went ahead as normal and there was no problems.

A call for car parking charges to be cancelled for the duration of the six week lockdown announced by the Government has been made by Independent councillor, Sean O' Brien.

"Businesses in the centre of Tullamore have suffered greatly this year due to lockdowns enforced by the Government due to Covid-19,” he pointed out.

Cllr O'Brien continued: “The businesses that remain open must be supported and we need to continue to attract shoppers to Tullamore town centre.”

He aiid he had written to the Council Chief Executive, Anna Marie Delaney, and the Tullamore Area Director of Service, Tom Shanahan, asking that they arrange for free car parking during the current six week lockdown.

“The council may miss out on charges in the short term but long term I feel that businesses in Tullamore town centre will benefit.    In these strange times we simply have to do everything we can to help our businesses and our town," stated Cllr O' Brien. 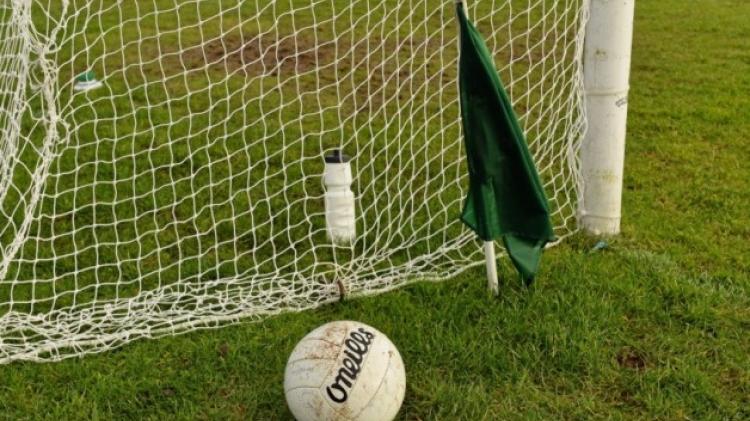