A fire has engulfed a farm building close to a residential home, near Portlaoise in Laois.

Laois fire crews were at the scene before 8pm on Wednesday evening, August 18, hosing water on the blaze.

The road at the scene of the fire was busy with traffic as people drove to see the fire.

By 11pm the incident was dealt with, a spokesperson confirmed to the Leinster Express.

"The incident involved a fire in a building in proximity to another building. On arrival, the crews quickly controlled the fire and prevented potential fire spread from one building to another."

Potential exploding risks such as gas cylinders were removed they said.

"In general, most buildings accommodate potential risks like cylinders / projectiles . However the crews, with assistance from the building owners, identified all such risks and put the necessary control measures in place to prevent potential injury to any person in and around the site," the Laois County Fire & Rescue Service said.

In response to the extra traffic that gathered on roads near the fire to view it, they urged people to stay well back in such incidents.

"As always we encourage people, not directly involved with the emergency response, to keep well back from the incident location and follow all signage and cordons but in place by the emergency service personnel."

The fire service lastly urges the public to check their smoke alarms. 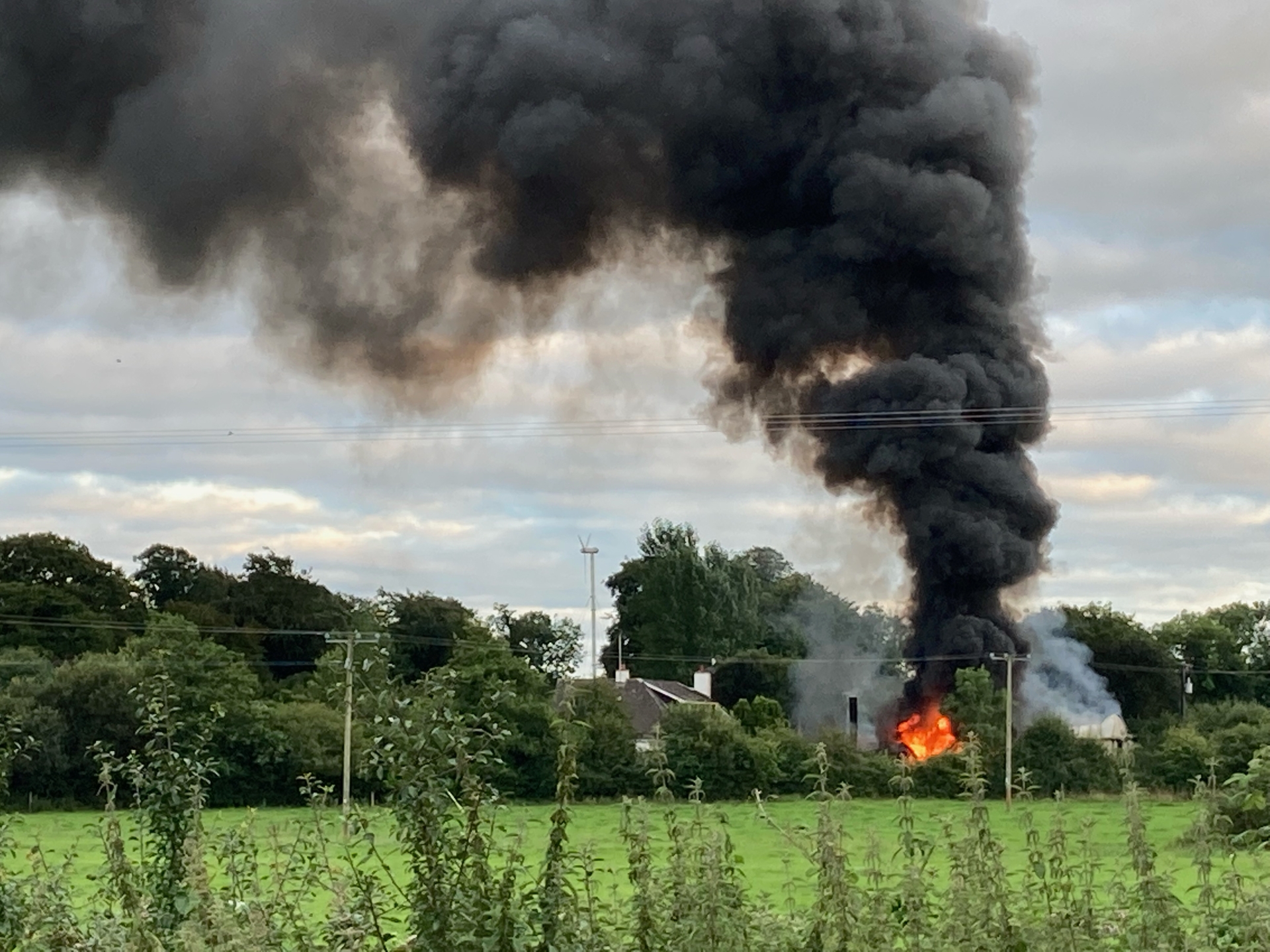