Barry Cowen has become the second candidate elected in the Laois-Offaly constituency after the eighth count in Portlaoise.

He was raised aloft by his supporters and was surrounded by his wife and children when the result was read out shortly before 4pm. He surpassed the quota of 11,571 thanks to the transfers of his running mate in Offaly, Cllr Peter Ormond.

Of Ormond's 4,449 votes, Barry received 2,464 to be returned to the Dáil for a third time. His surplus of 591 votes will now de distributed during the ninth count. 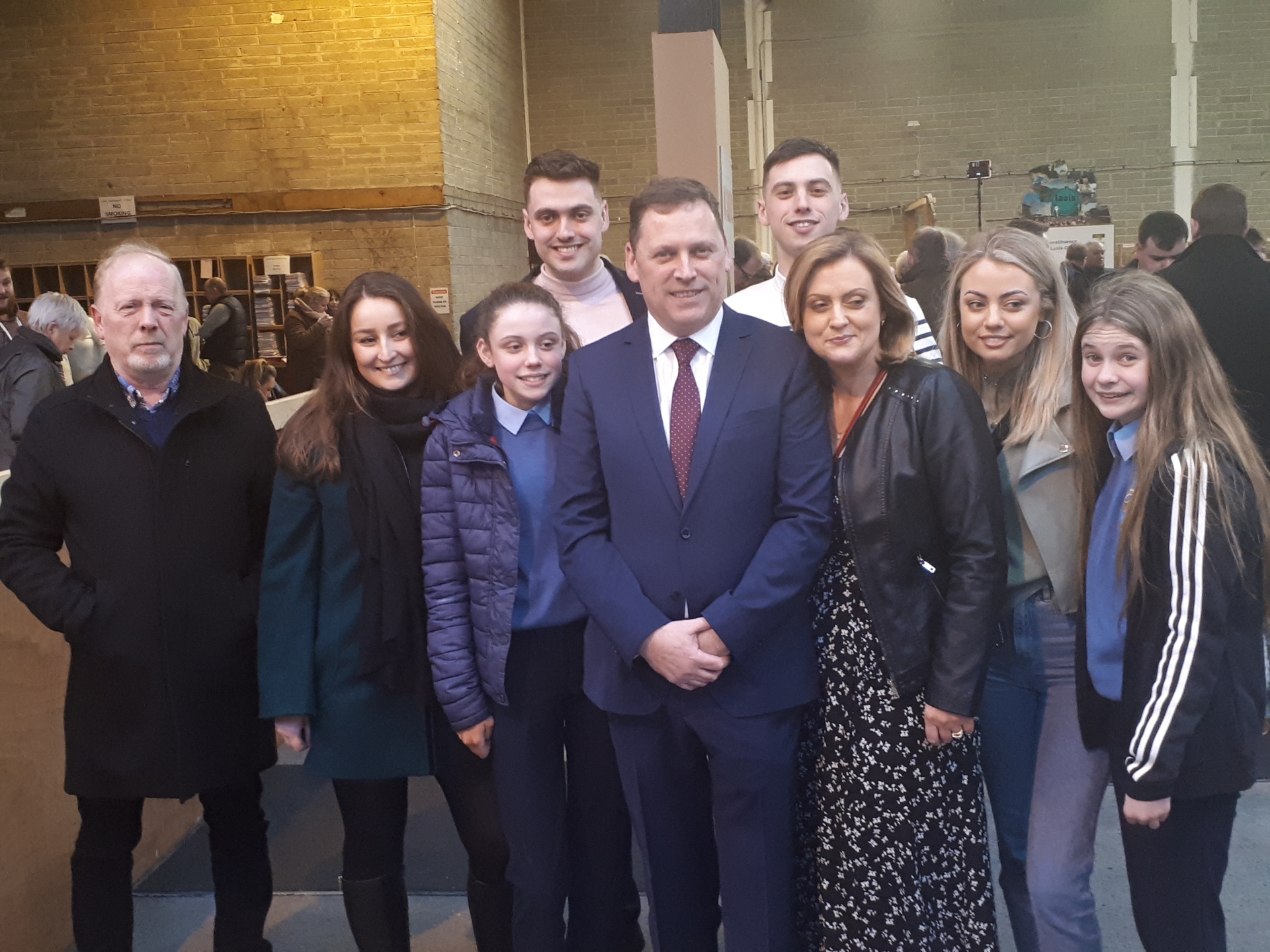 ABOVE: Barry pictured with his wife Mary, children and supporters following his election to the Dáil

Barry is likely to be followed by Sean Fleming in the next couple of counts with Carol Nolan and Charlie Flanagan poised to take the final two seats.

Keep up to date with all the news from the count centre on our live blog HERE.