WATCH: This is how long the hot weather for Ireland is expected to last

Met Éireann and its weather forecasting partner expect temperatures the shoot up into the red zone this week but make the most of it the weekend could be altogether a different weather story.

The Met Office in the UK said in a weekly video forecast that temperatures would peak by Friday with some areas experiencing temperatures in the high 20 and 30-degree marks. more below picture. 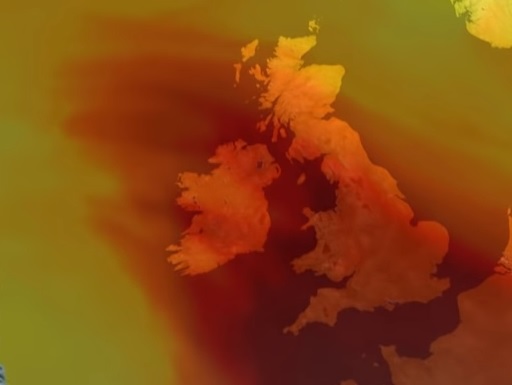 However, it does not look as promising for the weekend as the high pressure that is bringing the heat could be pushed eastwards by a front of weather from the Atlantic that could bring cooler and showery conditions.

Met Éireann has tweeted a seven-day forecast which shows a similar pattern with rain sweeping in on Saturday. It says the weekend could bring a transition to 'much fresher' weather. MORE DETAILS BELOW TWEET.

Here is our 7 day Atlantic Chart, showing the pressure and precipitation forecast in 6 hours intervals.https://t.co/9Giuj4CR5mhttps://t.co/9gKN6SVok4 pic.twitter.com/ILzatSJKzY

Met Éireann forecast issued on its website at 4.53pm on June 24.

Tomorrow, Tuesday will be warmer with temperatures rising a degree or so to reach 19 to 23 degrees. There will be scattered showers with the odd heavy or thundery one and some sunny spells. Winds continue light northeasterly but moderate along Atlantic coasts.

NATIONAL OUTLOOK
Showers will die out on Tuesday night and there will be clear spells. Lowest temperatures of 11 to 14 degrees.

Wednesday: A warm day with good sunshine and just the odd shower. Highest temperatures of 19 to 24 degrees generally, a bit cooler in the north and northwest due to moderate northerly breezes. Dry on Wednesday night with lowest temperatures of 9 to 14 degrees.

Thursday: Another warm and sunny day for most of the country with highs of 20 to 27 degrees. It will stay dry generally but some rain may clip the southwest coast. A humid night will follow with temperatures not lower than 14 to 17 degrees.

Friday: Little change, a warm day with highs of 20 to 26 degrees. Just the odd shower again. It will feel close on Friday night with lowest temperatures of 14 to 16 degrees.

Weekend: A transition to much fresher weather is expected on Saturday and this may come with a spell of heavy and thundery rain. Sunday will be a cooler day nationwide.