VOTE: Choose your Offaly Sports Star of the Month for January 2018

It was a stellar month for sport in the county 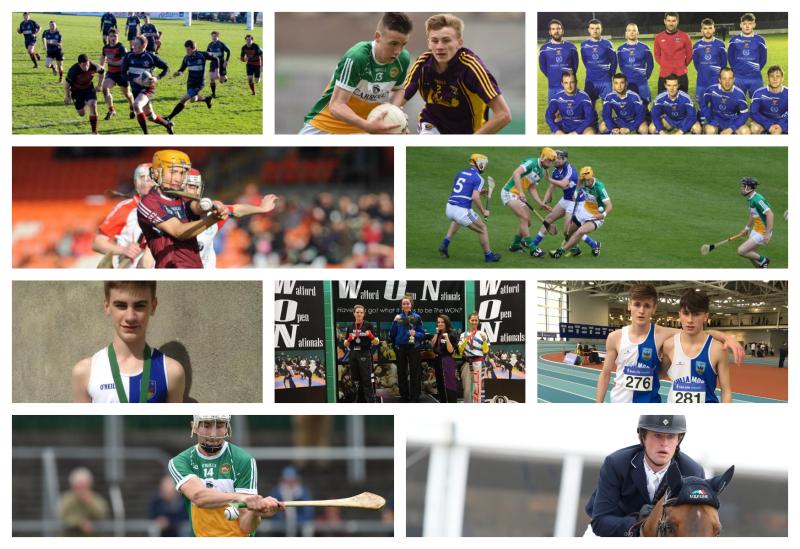 VOTE: Choose your Offaly Sports Star of the Month for January 2018

Following the victory of Kevin Keyes in the Offaly Sports Star of the Year poll for 2017, we are launching our search for the 2018 winner with our usual monthly awards.

In conjunction with sponsors Guy Clothing, we will hold a vote each month, giving you the chance to choose your sports star of that period. The 12 monthly winners will then go forward to become the contenders in the overall Offaly Sports Star of the Year for 2018.

So here we go with the first monthly poll of 2018, and what a stellar January it was for our sportspeople. From kickboxing glory in London to hurling victory in Croke Park, we've seen some wonderful performances and here are the nominees:

Aaron Mangan - Tullamore Harriers - One of the club's many rising stars, Aaron won a silver medal at the All-Ireland Junior 1500m in AIT clocking 4.11.86.

Brian Geraghty - Tullamore Rugby - Brian was instrumental as he scored four tries in a crucial win for Tullamore in their AIL Division 2 clash against league leaders Sligo.

Tina Hannon - Slaughtneil Camogie - Tina, a Naomh Brid native, scored five points for Slaughtneil as the Derry outfit and reigning All-Ireland Club Camogie champions booked their place in the decider again with an extra-time win over Thomastown of Kilkenny on a scoreline of 0-14 to 0-11.

Evan Farrelly - Oaklands Community College - Evan Farrelly won gold at the Diversity Games for schools around the region, barrelling down the track to win the First Year boys 60m sprint in exactly 8 seconds.

Cian Johnson - Offaly Football - The Ferbane teenager announced himself on the national stage as he scored 0-6 against Dublin in early January in the O'Byrne Cup where Offaly earned a draw.

Oisin Kelly - Offaly Hurling - Kelly was an imposing figure scoring 0-3 in Offaly's huge win over Dublin in the first round of Division 1B hurling league. His scores included a beautiful point direct from a sideline cut.

Shane Kinsella - Offaly Hurling - Another of Offaly's hurling heroes in January, Shane scored 1-3 against Kilkenny in Offaly's plucky defeat in the O'Byrne Cup semi-final, but also showed himself to be instrumental against Dublin in the opening league game, scoring 0-3.

This poll will remain open until Wednesday, February 7 at 10pm. The winner will receive a specially commissioned glass trophy from the Offaly Express and sponsors Guy Clothing.