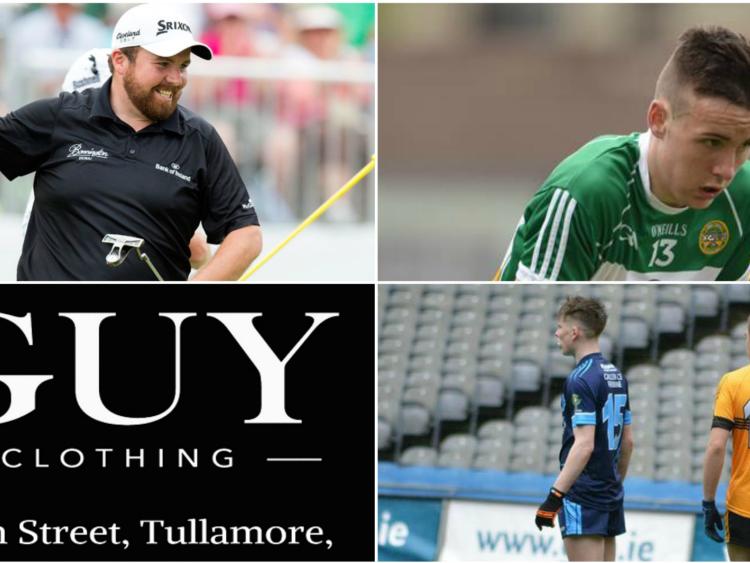 VOTE: Choose the Offaly Sports Star of the Month for November

It's been a relatively quiet month on the sporting front in Offaly, but there have been a number of notable performances. From the GAA fields of Leinster to the golf courses of Dubai, athletes have put in scintillating performances.

These are our nominees for the Offaly Express/Guy Clothing Sports Star of the Month for November:

Conor Lynam - Conor scored three goals in Erin Rovers Leinster semi-final win as they became the bolters on the Offaly football scene for 2017. They eventually went down fighting to Multyfarnham in the final.

Cian Johnson - One of Offaly's top prospects, the Ferbane sharpshooter scored 0-4, all from play, in the club's U21 county final win over Durrow.

Colin Kenny - Another Ferbane U21 championship victor, widely held as an inspirational figure in the side. Scored 0-4, including two crucial frees as Ferbane overcame Durrow.

Shane Lowry - Lowry finished out his 2017 season in style with strong finished at the Turkish Open and Nedbank, earning his place at the DP World Tour event where he finished 2nd out of an elite and select field of sixty.

Killian Leonard - Killian was perhaps the most impressive of a tight Kilcormac-Killoughey defence in November as they navigated their way all the way through to a Leinster final.

Scroll back up to vote.

The voting remains open until this Thursday, December 7, when the winner will be announced. The winner will receive a specially commissioned glass trophy sponsored by Guy Clothing and will go forward as the November nominee for the Offaly Sports Star of the Year award vote in January.