VOTE: Choose the Offaly Express/Guy Clothing Sports Star of the Month for October!

It's been a busy month 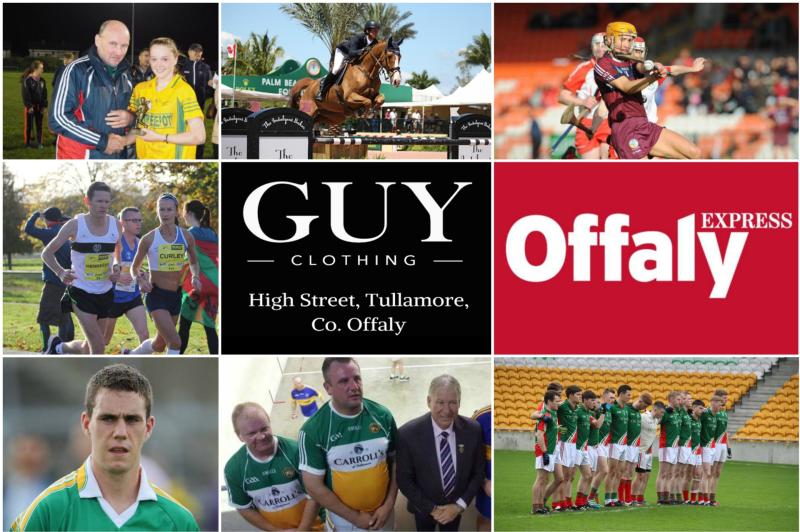 VOTE: Choose the Offaly Express/Guy Clothing Sports Star of the Month for October!

The nominees have been chosen after a stellar month for Offaly sport, and now these 13 stars will go up against one another to be crowned the Offaly Sports Star of the Month for October.

In everything from GAA to Pitch & Putt, Kickboxing to Handball, October has thrown up perhaps the most diverse range of candidates so far.

Below are the reasons the nominees were chosen:

Pauline Curley (Tullamore Harriers) - Pauline crowned a run of good form with another podium finish, finishing as the third-placed Irish woman, at the Dublin City Marathon. It was her 11th podium finish at the event.

Niall McNamee (Rhode GAA) - Although recently retired from intercounty football, Niall showed his class yet again at club level, scoring 0-8 of Rhode's 0-12 in the county final win over Clara in October.

Cian Johnson (Ferbane/Belmont) - One of the rising stars of Offaly football, Cian bagged a personal tally of 2-7 in the Offaly Minor Football final for Ferbane/Belmont as they vanquished Edenderry on a scoreline of 4-16 to 0-09.

Tina Hannon (Naomh Bríd/Slaughtneil) - Former All-Star nominee, Tina Hannon, added an Ulster title to her impressive medal haul as she claimed the accolade with Slaughtneil of Derry in October.

Killian Leonard (Kilcormac/Killoughey) - Kilcormac/Killoughey claimed their first county title since 2014 in early October with a 2-16 to 1-16 win over St. Rynagh's. Killian was the outstanding defender for KK, not only in the final, but in the 2017 championship.

Alan McNamee (Rhode GAA) - As Rhode claimed their 28th county title in October, Alan McNamee made history as the first man to win ten senior Offaly winners' medals. Although past his glory days with Offaly, 'Super' is still doing the business with his beloved club.

Jane Lowry (Kilcormac/Killoughey Camogie) - Jane Lowry showed herself to be a very important cog in the KK wheel in October as she won the Player of the Match award in their win in the U16 County Camogie Final. She hit a personal tally of 0-4, including a number of placed balls to really show her class.

Jack Fogarty (Durrow GAA) Jack was in scintillating form as he netted four goals in his team's victory in the Tullamore Court Hotel Offaly Senior B Football Championship final in October. He also starred for the Ballinamere hurlers in the same month as they claimed the Intermediate County Crown.

It's now over to you to vote!

The winner will receive a specially commissioned glass trophy sponsored by Guy Clothing in Tullamore and will also go forward as the October nominee for the Offaly Sports Star of the Year award.