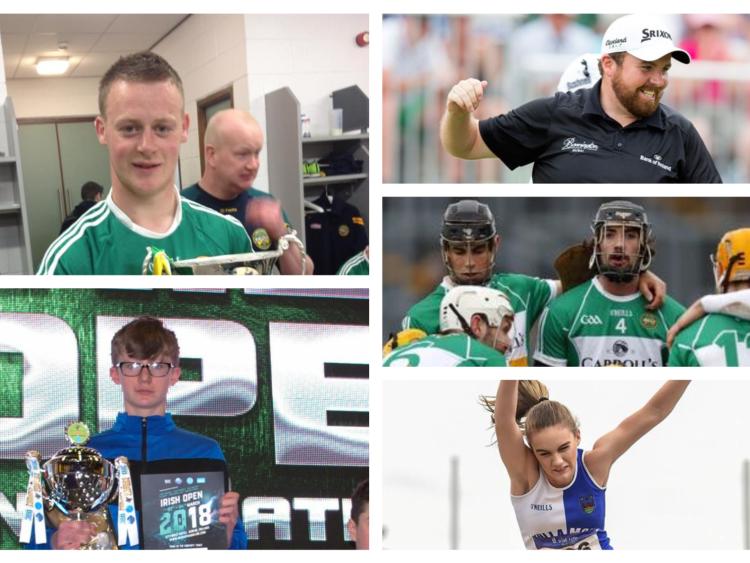 VOTE: Choose your Offaly Sports Star of the Month for March

March was a bumper sporting month for Offaly and we have 12 superb nominees in our vote to crown the Offaly Sports Star of the Month, sponsored by Guy Clothing, Tullamore.

You can vote at the top of this article by clicking 'vote' beside the name of the person you think deserves to win.

Ben Conneely (Offaly Hurling) - Despite Offaly eventually losing out to Kilkenny in an epic league quarter-final in O'Connor Park, St. Rynaghs' corner-back Ben Conneely was a stand-out performer. He won huge ball in and around the square and progressed play up the field quickly in a barnstorming display.

Peter Cunningham (Offaly Football) - The Bracknagh man was instrumental as the Offaly senior footballers survived in Division 3 of the National Football League against Westmeath. Not only did he win super ball in midfield to advance play, but he also nabbed a personal tally of 1-2 in Mullingar.

Brian Duignan (Colaiste Choilm) - One of Ballinamere's finest was in inspirational form for his school as they claimed the Post Primary School B All-Ireland title against St. Patrick's, Maghera. Having grabbed the two points to force the game to extra time, Duignan finished the day with a personal tally of 0-12.

Shane Lowry - Offaly golfer Shane Lowry finished the month with a brilliant display to finish just outside the Top 10 at the Houston Open. Despite missing out on qualification for the US Masters, the Clara man put in his best performance of the year in Texas after four good rounds.

John Ward (Brosna Boxing Club) - The Tullamore teenager showed himself to be a serious prospect by claiming his fourth All-Ireland boxing title at the National Stadium, adding to his European Schoolboy Title from last year.

Evan Farrelly (Tullamore Harriers) - Evan put in an incredible set of performances at the Leinster Indoor Athletics Championships in March, claiming gold in both the Boys U14 Long Jump, jumping 5.0 metres, and the U14 60 metres final in a time of 9.51 seconds.

Katelyn Farrelly (Tullamore Harriers) - Katelyn won gold in a time of 9.44 seconds in the U16 60 metres hurdles final at the Leinster Indoor Athletics Championships. She also won a silver medal in the U16 Long Jump event at the same competition.

Ava O'Connor (Tullamore Harriers ) - Ava O'Connor led her 800m from start to finish to complete her Leinster Middle distance double having won the 1500m a month ago at the Leinster Indoor Athletics Championships.

Luke McCann (Team Hurricane, Edenderry) - Luke McCann, fighting out of the Team Hurricane gym in Edenderry, won two medals at the Irish Open kickboxing tournament in March. He claimed team glory in the Older Cadet (U15) event alongside teammates Leah Grant, Nathan Tait and Dylan Whelan. He went on to win gold in his individual event at the event.

Sean Flynn (Gallen CS) - After putting in a great display in his school's North Leinster win, Sean Flynn was the towering figure once more in their Leinster decider against Lucan CBS. He scored a remarkable 1-7 in a game the Ferbane team eventually lost 5-10 t0 2-10. His leadership and fearlessness in front of goal will, however, be remembered for a long time.

Darragh Farrell (St. Joseph's Boxing Club, Edenderry) -  The Edenderry student proved he was one of the county's rising boxing stars by claiming his fourth All-Ireland boxing title in the National Stadium.

The voting will remain open until 10pm on Sunday, April 8. The winner will be announced on Monday. The winner will receive a specially commissioned glass trophy and go forward as the March nominee to compete in our Offaly Sports Star of the Year 2018 poll, which will be launched in January 2019.

Scroll to the top of this article to cast your vote.