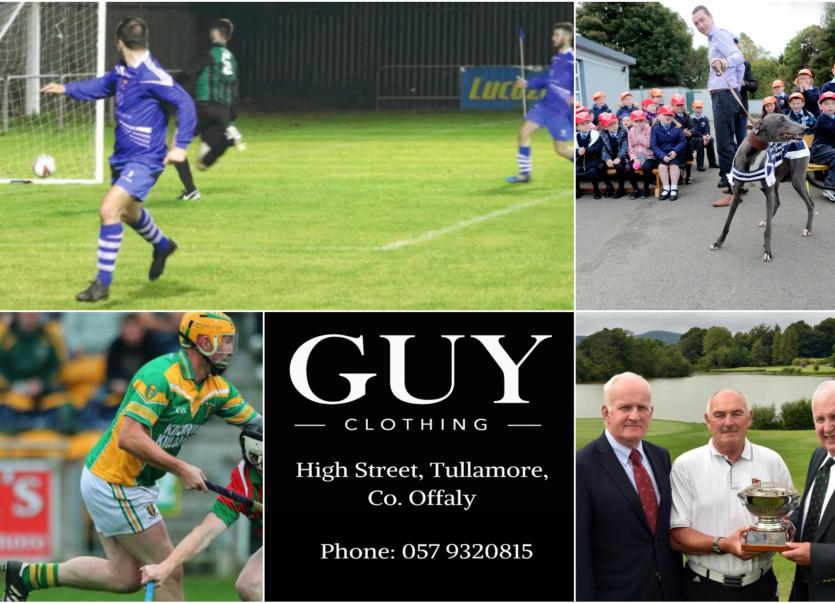 We are continuing our search for the finest sporting talent in Offaly with our Guy Clothing/Offaly Express Sports Star of the Month award.

We are now looking to crown our September champion to add to the raft of talent already honoured over the last few months.

These nominees have excelled in their fields over the course of September, but there can only be one winner.

Pat Guilfoyle and Good News - Offaly greyhound trainer and his star dog Good News made national headlines in September when they won the €150,000 Irish Derby at Shelbourne Greyhound Track.

Brian Francis - Tullamore Town FC - Brian has been in inspired form for Tullamore Town FC in the Leinster Senior League Division 1. The blues have made an exciting start to the campaign with Francis in free-scoring form during September.

Pauline Curley - Tullamore Harriers - As well as adding numerous titles around the country, the former Olympian added the overall prize in the Offaly Road Race Series to her roll of honour in September.

Kevin Keyes - The Edenderry motorbike champion was in dazzling form on home soil at Mondello Park in late September. He picked up two podium finishes out of three races during the Supersport 600s in the Irish Masters Superbike Championships.

The voting remains open until Sunday night at 10pm with the winner being announced on Monday.

Scroll back up to cast your vote for one of our nine nominees.