Offaly schools unite in ‘Caring for our World’ 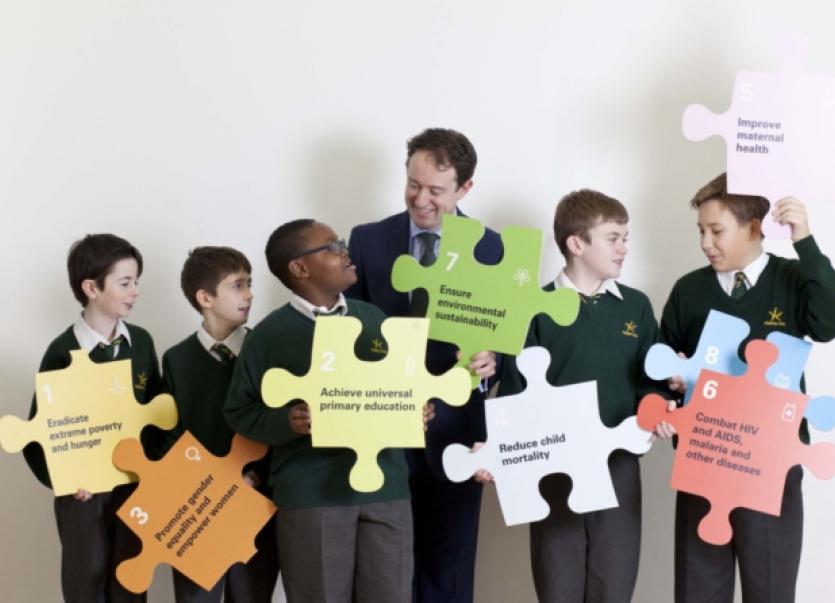 This year marks the 10th year of the Awards which are designed to help children in Ireland to understand global issues and Ireland’s role in working to meet the United Nations’ Millennium Development Goals (MDGs). These goals focus on fighting hunger and poverty and improving the lives of those in the world’s poorest countries.

Through the Irish Aid Our World Awards, pupils between the ages of eight and 13 in Offaly and around the country learn about the lives of children in developing countries and the work of Irish Aid, the Government’s programme for overseas development. Pupils then create a multi-media project to highlight the challenges facing children in developing countries and the progress which is being achieved. This year’s theme, ‘Caring for our World’, relates to all eight MDGs, with a particular focus on protecting the environment.

“The Our World Irish Aid Awards give pupils from all over Ireland a great opportunity to gain insight in to the lives of children in the developing world and convey their understanding through projects which are both creative and educational.

“Great progress has been made in meeting the eight Millennium Development goals since they were agreed in 2000. Working with our partners in developing countries and at the UN and EU, Ireland has contributed to this progress, which has included halving the number of people living in poverty, reducing malnutrition and dramatically increasing the number of children at school. While we must redouble our efforts in the years ahead, we can all be proud of these achievements.

“I would encourage schools from the Offaly area to get involved in this great programme and look forward to seeing their projects later in the year.”

All entries are assessed on their creativity, understanding of the theme and their impact. Projects that illustrate strengths across these three areas will receive an ‘Our World Irish Aid Awards’ plaque at the regional awards ceremonies in May, and a selection of the top entries will win a place at the final awards ceremony in June. At this ceremony, the judging panel will then select one outstanding project to achieve the overall ‘Our World Irish Aid Awards’ trophy.

Over 1,000 primary schools throughout Ireland participated in the Our World Irish Aid Awards last year. Registration for the programme is now open and the deadline for entries is Friday, March 13th 2015.

For more information on how to take part in the Our World Irish Aid Awards 2015, please visit http://ourworldirishaidawards.ie/.