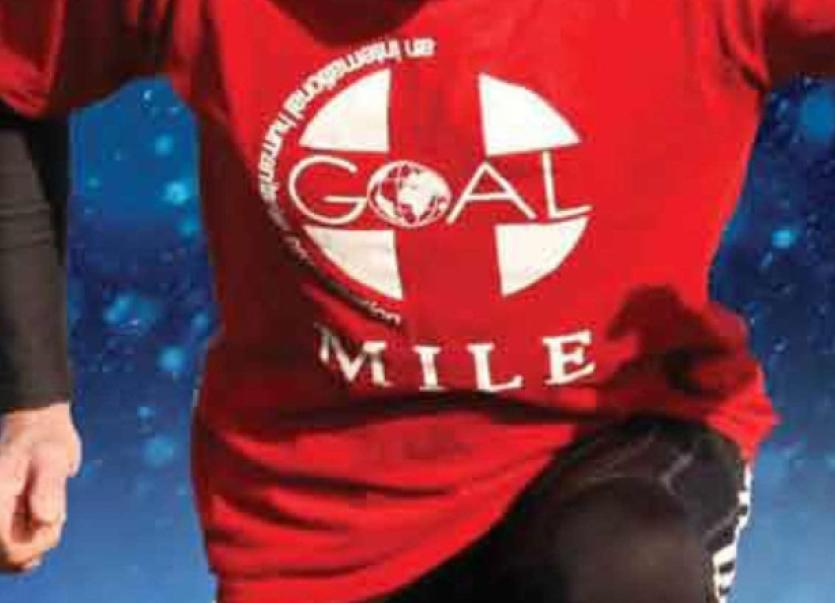 The CEO of Irish charity GOAL has thanked the people of Offaly for turning up in such large numbers over Christmas to support their local GOAL Miles.

The CEO of Irish charity GOAL has thanked the people of Offaly for turning up in such large numbers over Christmas to support their local GOAL Miles.

Barry Andrews said particular praise must go to the organisers of GOAL Miles in Birr, Tullamore and Lusmagh who once again gave so generously of their time to make the event a success.

A record 114 GOAL Miles were held across Ireland this year, with thousands of supporters taking part and donating whatever they can afford towards our work in the developing world.

GOAL is currently delivering aid in 14 countries. Most recently, GOAL deployed an emergency response team to the Philippines in response to Typhoon Haiyan, which affected over 14 million people. To date, GOAL has distributed essential aid - including food, water and shelter kits - to 50,000 people.

GOAL has also expanded our emergency response programme in northern Syria, where it delivers monthly food rations to 240,000 people. GOAL is also delivering food vouchers to 133,000 people in the war-torn country.

Mr Andrews commented, “without the generous support we receive from the Irish public, our sustained efforts on behalf of the world’s most vulnerable people would not be possible.”