Here comes the summer... for a while! Sunshine and warmer temperatures in Met Eireann weather forecast for the coming days 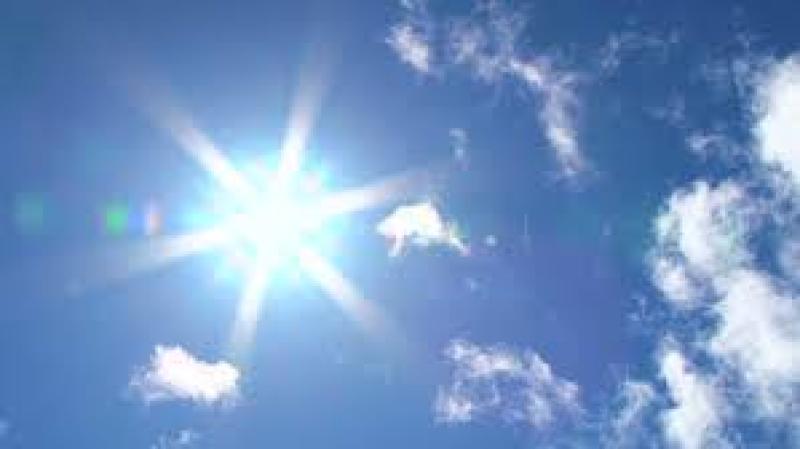 Sunshine and warmer temperatures are on the way according to the Met Eireann weather forecast for the coming days.

After some very unseasonably wet and windy weather throughout May, Met Eireann is forecasting that temperatures will get back into the low 20s this weekend with warmer weather although the outlook is not as good for next week.

According to Met Eireann, Thursday will begin mainly dry with sunny spells - the best of these across Leinster and Ulster. However, outbreaks of rain will move up into Connacht and Munster during the morning with further outbreaks of rain into the afternoon and evening, heaviest later in the day. Highest temperatures of 12 to 15 degrees Celsius. Milder across the north and east with mostly dry conditions until later in the afternoon. Highest temperatures will range a pleasant 14 to 18 or 19 degrees Celsius here, best values away from the south coast where rain will arrive firstly. Southeast breezes will be mostly moderate in strength.

Mostly cloudy at first on Thursday night, with outbreaks of rain, but dry conditions will develop over most of Munster, Connacht and parts of west Leinster by morning. Minimum temperatures 6 to 9 degrees, in mostly light winds, southerly veering westerly in the western half of the country as the rain clears. Mist and fog patches also.

Cloudy in many areas on Friday, with scattered outbreaks of rain and drizzle, mainly in the eastern half of the country, gradually dying out. Mostly dry further west with some bright spells developing. Max. 15 to 18 degrees, In light variable breezes. Mainly dry overnight, with mist and fog patches and lows of 4 to 8 degrees, coldest in the southwest and west.

Mostly dry on Saturday, with bright or sunny intervals, but a few scattered light showers are likely, especially in Ulster and Leinster. Winds mostly light and variable, but breezy along Atlantic coasts, with moderate southerly winds. Warmer than recent days, with maximum temperatures of 16 to 19 or 20 degrees, coolest on coasts. Dry overnight with lows of 5 to 8 degrees and mist and fog patches.

Dry in most areas on Sunday, with bright or sunny spells, especially in the eastern half of the country, but cloud will increase in Atlantic coastal counties. Warm in many areas, with maximum temperatures of 17 to 21 degrees, but cooler in west and southwest coastal areas. Winds mostly light to moderate south to southwesterly, fresh along west and northwest coasts. Rain and drizzle will extend from the Atlantic Sunday night and Monday morning.

According to Met Eireann, the weather will change again on Monday with rain and drizzle in most areas for a time, but it will brighten up gradually from the northwest, with sunny spells developing and a few scattered showers. Turning gradually cooler, as winds veer westerly in direction, mostly light to moderate in strength. Maximum temperatures 14 to 18 degrees, warmest in east and southeast coastal counties.