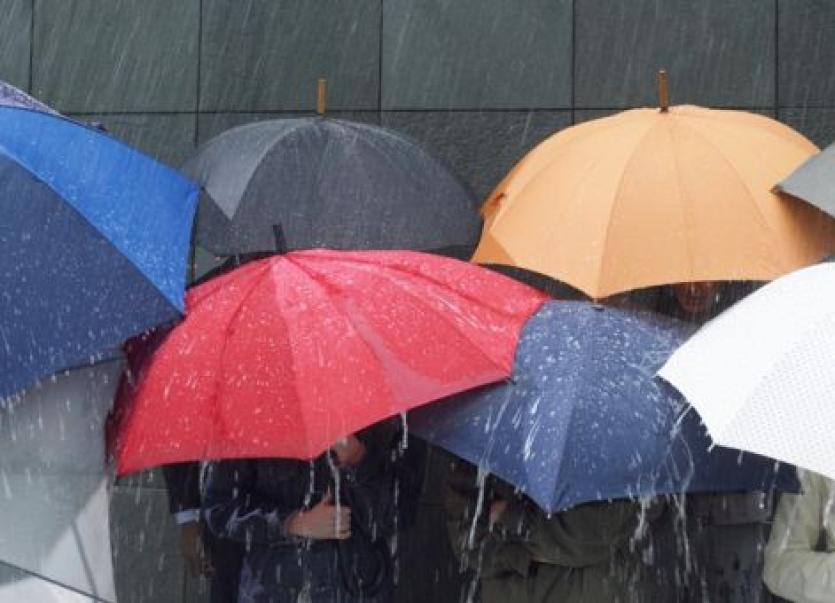 The weather forecast for Ireland for the coming days from Met Eireann is for wet and windy conditions in the main with drier weather potentially on the way for Sunday.

The weather forecast for Ireland for Thursday from Met Eireann is for rain to clear the northeast coast in the morning, followed by sunny spells and blustery showers. Some of these showers will be heavy with hail, but they will ease through the afternoon. Highest temperatures of 7 to 10 degrees, with fresh to strong and gusty west to southwest winds easing moderate to fresh later.

Thursday night will start out dry and cool but wet and windy conditions will soon push into the west and southwest. Rain will extend countrywide overnight accompanied by fresh to strong and gusty southerly winds, with spot flooding likely in southern coastal counties by morning. Lowest temperatures of 2 to 6 degrees will occur early in the night but it will turn milder overnight with temperatures ranging 7 to 11 degrees by dawn.

The weather forecast for Ireland for Friday is for the day to be mild, wet and windy to begin, with widespread rain and fresh to strong and gusty south to southeast winds. Brighter more showery conditions will extend from the west during the morning with winds veering southwest and slowly moderating. It will stay cloudy in southern counties, however, where the rain may persist for much of the day maintaining the flood risk. Highest temperatures of 10 to 12 degrees.

According to Met Eireann, showers or longer spells of rain look set to feed up over the country from the south on Saturday morning, accompanied by increasingly blustery southerly winds. However, conditions look likely to improve during the afternoon with drier and brighter intervals developing. Highest temperatures of 8 to 11 degrees in moderate to fresh south to southwest winds, strong near coasts.

Many areas dry with clear spells on Saturday night, but mostly cloudy with patchy rain in the east and southeast and isolated showers near west and southwest coasts. Lowest temperatures of 4 to 7 degrees in light to moderate southerly breezes.

The current weather forecast for Sunday from Met Eireann is that Sunday is likely to be dry with some sunshine across the bulk of the country. However, cloudy conditions with patchy rain and drizzle may affect southeastern counties in the morning, and there is a chance that scattered showers may develop over the western half of the country during the afternoon. Highs of 7 to 10 degrees.