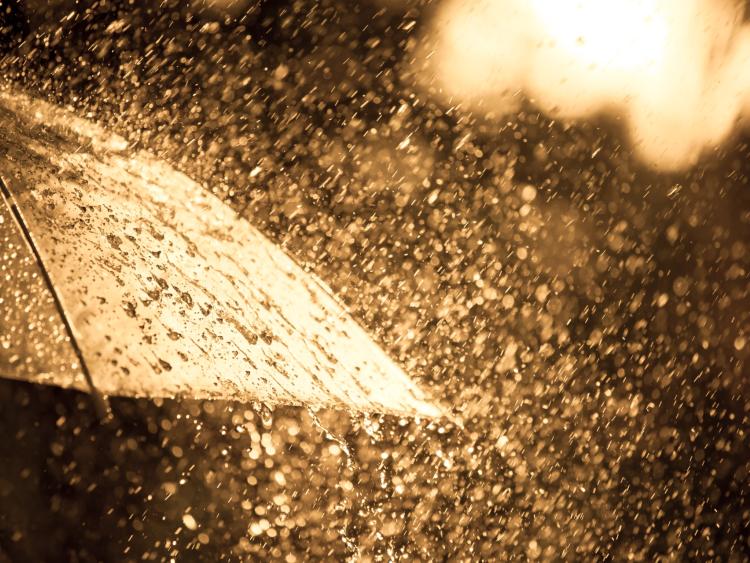 The weather forecast for Ireland for the coming week from Met Eireann is for the weather to continue unsettled with wet and breezy conditions, some wintry weather possible in northern areas early in the week.

The weather forecast for Ireland for Monday from Met Eireann is for the morning to be damp with rain over northern parts with some wintry falls possible over Ulster. Scattered showers will continue over the south of the country. Heavy rain will extend from the Atlantic to the southwest later in the afternoon. Highest afternoon temperatures of 7 to 11 degrees generally, remaining cooler however over Ulster with highs of just 2 to 5 degrees. Light to moderate southeast breezes, fresh on northern coasts.

A band of heavy rain will move northeastwards across the country as southerly winds freshen in Monday night. Rain possibly turning wintry in the north, followed by frequent blustery showers from the southwest. Lowest temperatures of 5 to 9 degrees, colder in Ulster with lows of 2 to 5 degrees.

Our Atlantic chart shows precipitation and pressure forecast in 6 hour intervals for the next 10 days.https://t.co/9Giuj4CR5m

The national forecast and the outlook for the coming days available here. https://t.co/9gKN6SVok4 pic.twitter.com/G1WQ8ecNOe

The weather forecast for Ireland for Tuesday from Met Eireann is for the weather to be wet and breezy with frequent showers merging to longer spells of rain. Some showers may have hail, with wintry falls possible in north Ulster. Highest temperatures of 5 to 10 degrees, coldest in Ulster with fresh southerly winds, strong on southern coasts.

Rain will turn heavy and persistent at times on Tuesday night, most likely over the west and north with showers and clear spells elsewhere. Windy, especially near western and southern coasts with strong and gusty southwest winds. Lowest temperatures of 4 to 7 degrees.

The weather forecast for Ireland for Wednesday from Met Eireann is for the weather to continue wet and breezy on with frequent showers or longer spells of rain. The best of any dry spells will be in Leinster. Highest temperatures of 5 to 10 degrees, again coldest in Ulster, with moderate to fresh southerly winds.

Remaining breezy overnight with showery rain in all areas, and a risk of hail in the east. Lowest temperatures of 3 to 7 degrees, coldest in the north.

The weather forecast for Ireland for Thursday from Met Eireann is for the weather to be wet with widespread showers, a risk of hail also. Highest temperatures of 7 to 10 degrees, coldest in Ulster. Southerly breezes will ease light to moderate. Showers continuing overnight. Lowest temperatures of 4 to 7 degrees.

Rain or showers persisting on Friday, but becoming drier and brighter on Saturday.