What is the weather forecast this weekend in Ireland?

Met Éireann has the latest 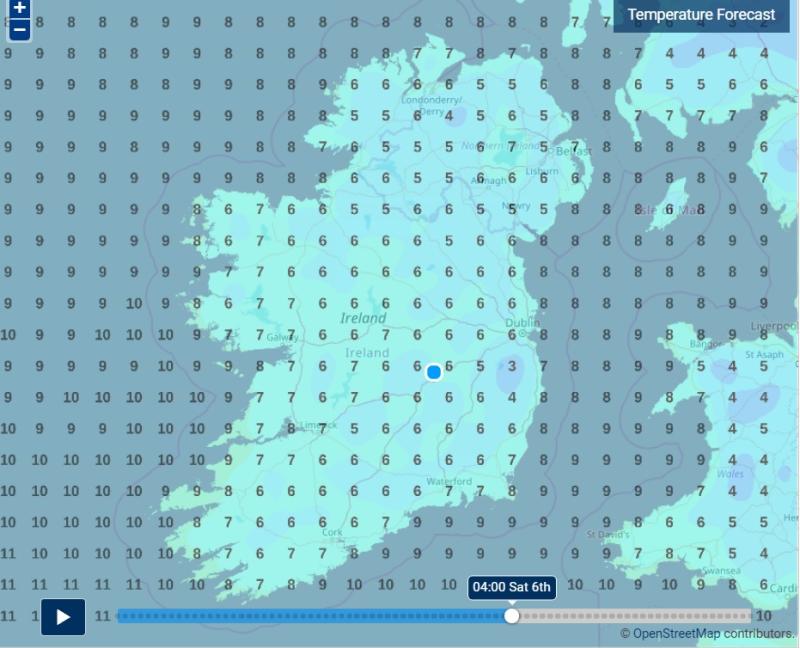 Blustery and showery weather is on the cards this weekend when the temperatures will dip near to freezing in parts of the country according to Met Éireann's weekend weather forecast.

There also looks likely to be a north-south split with most of the rain likely in the northern areas while the southern half looks set to remain dry.

Met Éireann's summary national outlook issued first thing Friday morning is for the weather to remain mostly dry for the rest of the weekend with some rain early next week. More Met Éireann detailed forecast of what to expect over the weekend and into next week, when more change is on the cards, below tweet.

Here is our 7 day Atlantic Chart, showing the pressure and precipitation forecast in 6 hour intervals.https://t.co/9Giuj4CR5mhttps://t.co/9gKN6SVok4 pic.twitter.com/QIvvuHsThF

MET ÉIREANN NATIONAL FORECAST ISSUED AT 6.57AM ON FRIDAY, June 5

FRIDAY 5TH JUNE
A cool, blustery day today with a mix of sunny spells and widespread showers, which will be more isolated in the southwest. Some showers will be heavy and possibly thundery with a risk of hail. Highest temperatures 11 to 13 degrees in Ulster and north Connacht, 13 to 16 degrees elsewhere. Winds mostly moderate to fresh northwesterly, but strong on exposed coasts, especially on Connacht and Ulster coasts.

Becoming cloudy in the north tonight ahead of rain moving in. The rain will become widespread through Ulster, north Connacht and north Leinster. Holding mostly dry further south with cloud increasing towards dawn. Cold with lows of 5 to 7 degrees in a fresh to strong northwesterly wind, with gales on northern and northwestern coasts.

SATURDAY 6TH JUNE
Tomorrow morning, the rain in the northern half of the country will be heavy, becoming lighter as it spreads further south with fresh to strong northwesterly winds. It will be a generally dull day as the rain clears to showers in the afternoon as the winds decrease moderate to fresh. Highest temperatures of 12 to 15 degrees generally but cooler along northern and western coasts.

Saturday night: Saturday night will remain generally cloudy with some isolated showers but more frequent in the north and northwest. Lows of 7 to 10 degrees in mostly moderate northwesterly winds.

Sunday: Sunday will be mostly dry day with some sunny spells. Longer spells of sunshine will develop in the southern half of the country during the afternoon. Highest temperatures of 11 to 13 degrees in the north and northwest and 15 to 18 degrees elsewhere in moderate northerly winds. Continuing dry throughout the night with lows of 5 to 8 degrees in light to moderate northerly breezes.

Monday: Mostly dry and cloudy on Monday with some sunny spells but it will brighten up in the evening. Highs of 11 or 12 degrees in the north and northwest and 14 to 16 degrees elsewhere in light northerly breezes. Cloud will push in from the west ahead during the night as winds become light southwesterly or variable in direction with some patches of mist and fog and lows of 6 to 8 degrees.

Tuesday: Tuesday will start cloudy in most areas with some sunny spells in the southeast. Rain will push in from the Atlantic, most persistent in the western half of the country but will become patchier as it moves eastwards overnight. Highest temperatures of 14 to 17, coolest along Atlantic coasts with light to moderate southwesterly breezes becoming light westerly in direction overnight.

Wednesday: Mostly dry on Wednesday with some rain and drizzle in the north and northwest. Highest temperatures of 14 to 18 degrees.

Outlook: Current indications are that it will become mostly dry with temperatures increasing to the high teens or low twenties.