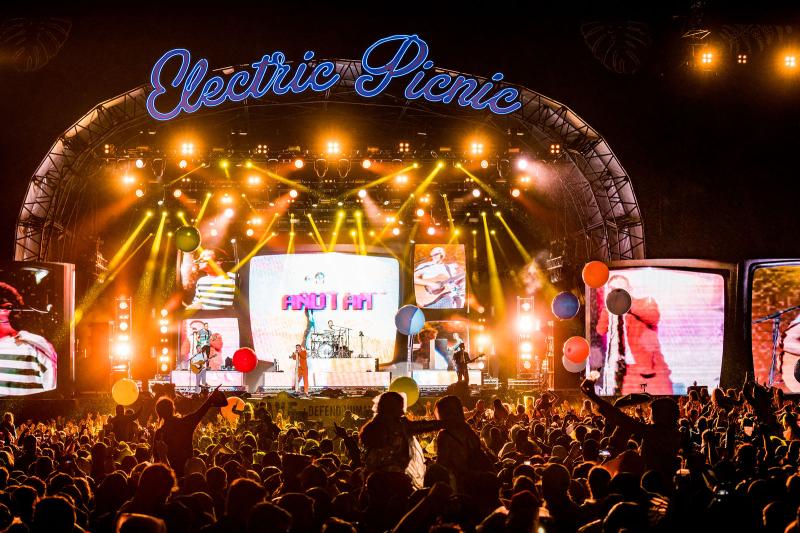 Wellies and wet gear will be the Electric Picnic fashion essential choice as 'heavy rain' is the weather forecast for Hozier and Billie Eilish on the first night of the Festival, according to up to date forecast from Met Éireann.

Forecast on the Met Éireann website issued at 9.38am on Monday, August 26 outlines what to expect in Stradbally over the Electric Picnic weekend.

The campsites open on Thursday with the festival getting underway on Friday, August 30 when Hozier and Billie Eilish will be the highlights on the Main Stage. MORE BELOW TWEET.

A nationwide forecast and outlook covering the next week can be found here. https://t.co/9gKN6SVok4 pic.twitter.com/CwlJyXGf99

Met Éireann says showery rain will develop in the west and northwest early on Thursday. It will spread eastwards across the country. It will clear later in the day with sunny spells and a few showers following. Highest temperatures of 16 to 19 degrees with fresh south to southwest winds.

"Persistent or heavy rain will spread eastwards across the country. It will clear through the evening and early night. Highest temperatures of 16 to 18 degrees with fresh south to southwest winds, which will veer west to northwest as rain clears. The forecaster warns Friday will be very wet.

Met Éireann says it will be cool, breezy, sunny and showery on Saturday when The Strokes, 1975 and Gerry Cinnamon are among the big Main Stage attractions. Highest temperatures of 14 to 17 degrees with moderate to fresh, gusty westerly winds.

Sunday will continue cool and breezy with sunshine and showers. Highest temperatures of 14 to 17 degrees with moderate west to northwest winds.