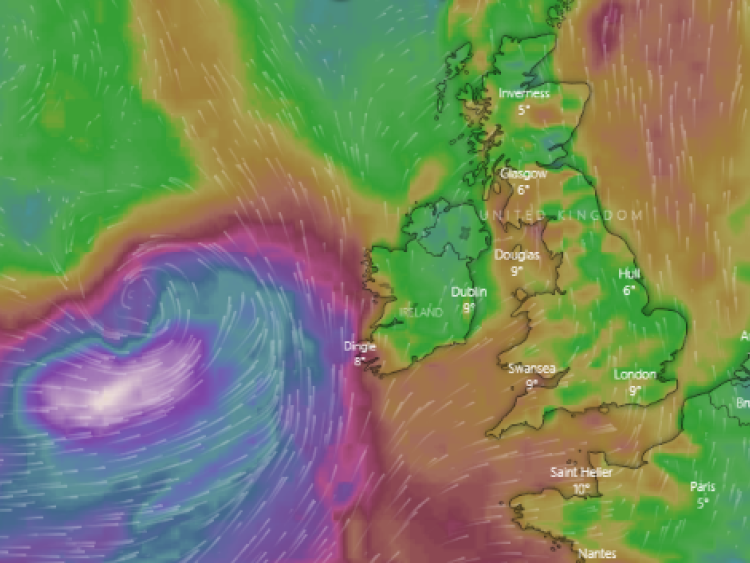 'Severe gusts' and possible storm could hit country this weekend

Met Éireann has predicted possible severe gusts and stormy conditions for much of the country at the weekend.

The news follows almost two weeks of settled and pleasant conditions throughout the country with temperatures reaching the mid-teens.

Looking toward the end of the week, Met Eireann says Friday will be cloudy with rain in the west turning persistent and extending eastwards later in the day.

They suggest some heavy bursts are possible with afternoon highs hovering between 10 to 13 degrees.

The national forecaster says the weekend is looking "very unsettled."

"There will be rain and southwest gales on Saturday with some severe gusts possible. Sunshine and blustery showers will follow for Sunday. Daytime temperatures will fall back to around the seasonal norm," Met Éireann revealed.

Further unsettled weather is forecast for the beginning of next week.