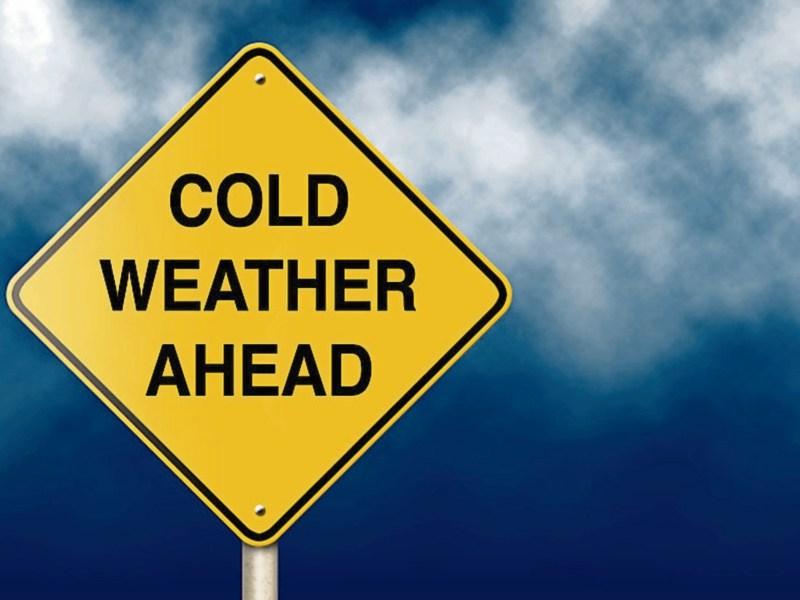 According to the latest Met Eireann weather forecast, it will continue cold over the weekend with a sharp frost on Sunday night and it will turn cooler again next week with a spell of rain on Monday clearing to scattered wintry showers

According to the forecast, it will be breezy today [Friday] with remaining rain clearing the east and north, giving way to sunny spells and showers extending from the west. Most of the showers will affect Atlantic coastal counties today, where a few may be heavy and possibly prolonged at times. Top temperatures of 7 to 9 degrees generally, but just 4 to 6 degrees in Ulster. Fresh and gusty southeasterly winds in the east and north will moderate and elsewhere winds will be light to moderate southwesterly.

Friday night will see scattered showers, some turning heavy at times. There will be good clear spells and it will be cold with lowest temperatures falling to between zero and +3 degrees and some frost in places. Southerly winds will fall light with some mist or fog patches forming.

Met Eireann states that mist and frost will slowly clear on Saturday morning. There will be a few showers with some bright or sunny spells. Top temperatures of 5 to 10 degrees, coolest in the northern half of the country. Winds will be light variable and northwesterly later. Saturday night will start with just a few showers and light northwesterly breezes. Later in the night outbreaks of rain will push into Atlantic coastal counties and northwesterly breezes will increase moderate to fresh. Lowest temperatures will be around 1 to 6 degrees with patchy frost in the east and north.

According to Met Eireann, there will be patchy rain on Sunday morning but this will clear eastwards to just isolated showers with good sunny spells developing. It will be a cool day with top temperatures of 5 to 8 degrees in a moderate northwesterly breeze. It will turn very cold on Sunday night under clear skies and just light variable breezes. Lowest temperatures will fall to between zero and -4 degrees with a widespread sharp frost.

The national forecaster states that Monday will be cold day and frost will only slowly clear in the morning. Moderate southwesterly winds will freshen ahead of a band of rain pushing into western areas in the afternoon and quickly spreading eastwards during the evening. The rain will turn to sleet or snow in parts of the north as top temperatures reach only 3 or 4 degrees there and elsewhere afternoon temperatures will be just 5 to 7 degrees.