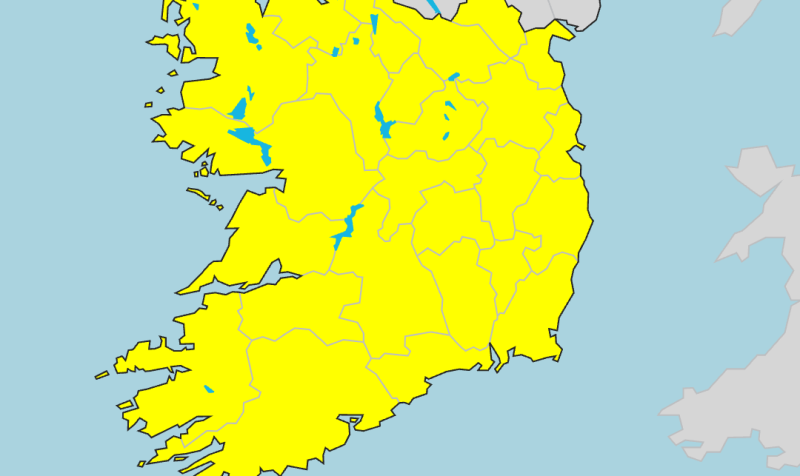 An Offaly weather forecaster has said the current heatwave is likely to continue for weeks.

Qualified meteorologist Cathal Nolan from the Midland Weather Channel says "the latest weather models continue to indicate that the current heatwave will last for the foreseeable future, with temperatures reaching as high as the low thirties from time to time."

"Rainfall will remain unlikely for many during this period except for isolated thunderstorms which may occur on Sunday and possibly through the early days on next week," Cathal predicted.

He said Status Orange warnings were possible as "temperatures next week reach as high as 32 or 33 degrees Celsius across the Midlands."

"A status red warning remains in place for forest and wildfires, with all areas of the Midlands at risk. Do exercise caution," Nolan said.

"Today marked the hottest day since 1976 when a temperature of 32.5 degrees was recorded in Lough Boora," he said.

"Water shortages look to become a major issue, with little or no rainfall likely for at least the next week to ten days, possibly the next two weeks," he concluded.