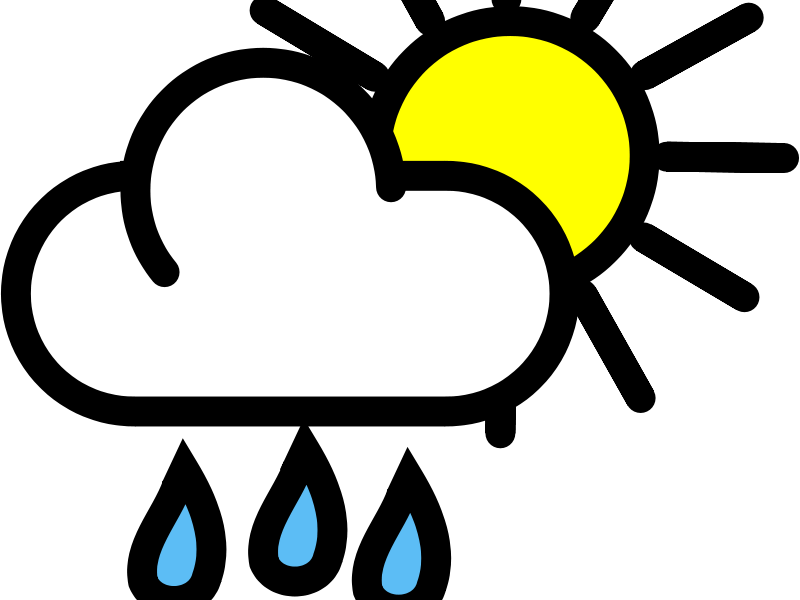 There will be sunny spells and showers today

According to Met Eireann, the hot and sunny weather that prevailed over the Bank Holiday Weekend will be replaced by cooler and more unsettled weather for the rest of the week.

Thankfully the good weather will stick around for the Bank Holiday Monday with good sunshine for the bulk of the country with highs of 17 to 21 degrees. Cloudier along Atlantic coasts with patchy mist and drizzle at times.

It will remain dry in many areas at first on Monday night, with some clear spells in the east, but patchy rain and drizzle will occur in Atlantic coastal counties. More persistent rain will extend from west overnight and during Tuesday morning, with freshening southerly winds. Overall amounts will be relatively small and rain will be very patchy in the south and east. Mild, with minimum temperatures of 8 to 11 Celsius.

Rain and drizzle at first will clear eastwards during the Tuesday morning, with bright or sunny spells developing in most areas. Some scattered showers also, most of them in the southwest, west and northwest. Cooler and fresher than the previous few days, with maximum temperatures of 12 to 16 Celsius, in mostly moderate southwesterly winds, fresh along Atlantic coasts. Tuesday night will be mainly dry, with lows of 4 to 8 Celsius, but rain will move in across Atlantic coastal counties by morning, with fresh to strong southerly winds.

Cool and windy, with outbreaks of persistent rain for a time on Wednesday morning, but it will brighten up gradually from the west during the afternoon, with sunny spells developing and scattered showers, most of the showers in the southwest, west and northwest. Remaining windy, with fresh to strong southerly winds, veering southwesterly with the clearance. Top temperatures of 11 to 14 degrees.

According to Met Eireann, it will be breezy, with a mix of bright spells and scattered showers on Thursday with most of the showers in the west and northwest. Top temperatures of 12 to 14 degrees with more wet and windy weather extending from the Atlantic on Thursday night and the rain turning persistent and locally heavy.

Outbreaks of persistent and locally heavy rain at first will clear from the west during Friday morning, with bright or sunny spells and scattered showers following, some of the showers heavy, especially in the western half of the country, with a risk of hail and thunder. Fresh to strong southerly winds at first will veer southwesterly and moderate.Top temperatures of 11 to 14 degrees.

Met Eireann says that present indications suggest that it will be cool, with a mix of sunny spells and showers and light to moderate winds next weekend