Met Eireann weather forecast for the rest of the week 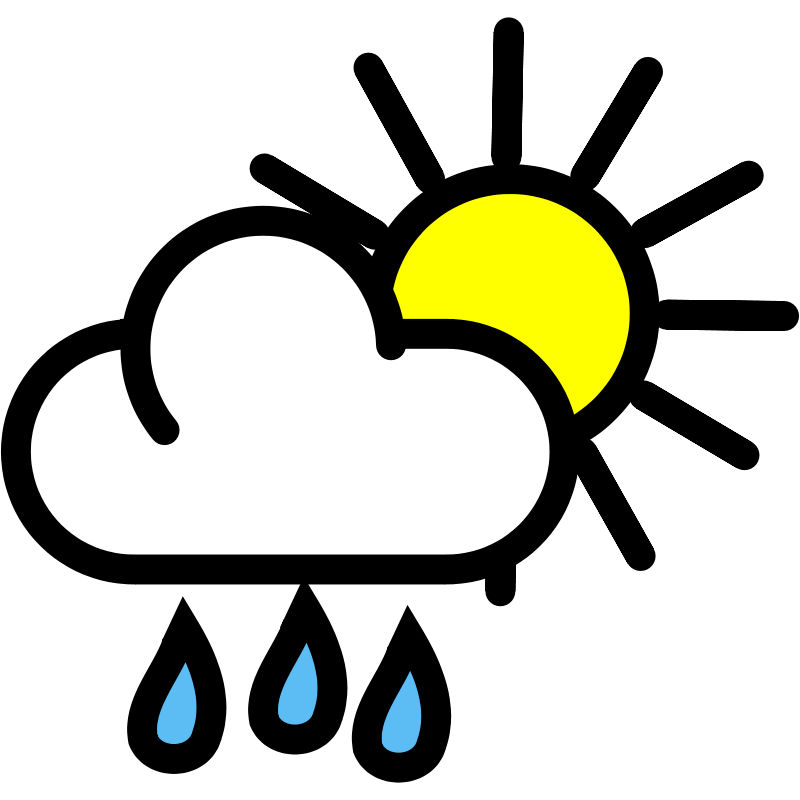 According to Met Eireann, there is more unsettled weather on the way in the coming days with a mobile Atlantic pattern bringing cool and mixed weather conditions.

Tonight will be breezy with scattered showers. The showers will be most frequent in the west and north, but with longer clearer intervals developing elsewhere. Lowest temperatures will range 4 to 7 degrees.

Thursday will bring further spells of sunshine interspersed with showers. The showers will be heaviest and most frequent in Ulster and in northern parts of Connacht and Leinster. Later in the day, cloud will increase from the southwest and outbreaks of rain will develop in Cork and Kerry during the evening. It will be cooler than average once again, with highest temperatures of 10 to 12 degrees Celsius. Winds will gradually decrease, becoming light and variable later in the day.

According to Met Eireann, rain, potentially heavy and persistent, will continue to extend northeastwards on Thursday night to affect parts of Munster and south Leinster. Much of north Leinster, Ulster and Connacht do look likely to hold mainly dry at this stage, and it is in these parts that the coldest temperatures will be achieved with minimum temperatures ranging 0 to plus 3 degrees, bringing a risk of grass frost. Elsewhere, minimum temperatures will range 4 to 6 degrees Celsius. Winds will be mainly light

Friday will be mostly cloudy to begin through much of Munster and Leinster with outbreaks of rain, possibly heavy and persistent, clearing eastwards during the afternoon. A brighter start to the day is signalled further north and west, but showers will become widespread in these parts by the afternoon, and some of those showers will be heavy and slow-moving with a risk of hail. Maximum temperatures will range 9 to 12 degrees in mainly light northerly breezes. Showers will become isolated on Friday night and it will turn cold under clear spells. Temperatures will fall back to between zero and plus 2 degrees Celsius in the light northerly breezes, leading to a risk of grass frost.

Saturday will start dry in many places with crisp sunny spells, but cloud amounts will soon increase and scattered showers will break out by the afternoon. Some of the showers will be heavy and slow-moving with a risk of hail and the odd rumble of thunder. Highest temperatures of 9 to 13 degrees in light northerly breezes. Showers becoming increasingly isolated on Saturday night and many places becoming dry with clear spells. Lows of zero to plus 4 degrees Celsius with a touch of grass frost.