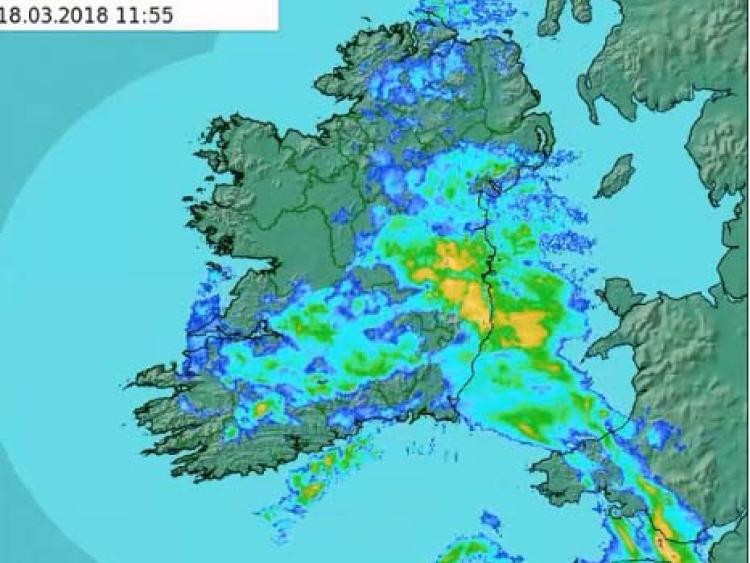 The latest Met Eireann satellite images from across Ireland show heavy snow across eastern parts of the country with more on the way.

Latest radar showing areas of persistent snow across much of Leinster, Munster and parts of Ulster & east Connacht.
The snow will ease from the east later this afternoon, clearing the south coast by early tonight. Cold & mostly dry tonight with just very scattered wintry showers. pic.twitter.com/d0x3qya42F

A Status Orange Weather Warning is in place for Snow-ice for Dublin, Carlow, Kildare, Kilkenny, Laois, Louth, Wexford, Wicklow, Meath and Waterford. Occasional heavy snow showers will continue and will lead to further accumulations and some drifting.

A Status Yellow Warning is in place for Ireland. Staying cold for today and tonight with wind chill and icy patches. There will be further snow showers during today but some areas will remain dry, especially across the west and northwest.

According to Met Eireann, occasional snow showers will continue this afternoon, heaviest over Eastern and Southern parts of Leinster and in Eastern parts of Munster and persistent in parts with some further accumulations. West Connacht will stay dry with good sunshine. Bitterly cold and windy everywhere with highest temperatures of 1 to 3 degrees in strong and gusty easterly winds. The showers will become more scattered this evening.

Scattered snow showers still occurring over Eastern parts of Leinster and Ulster tonight. Otherwise it will be a cold frosty night with lows of 0 to -3 degrees with widespread frost and icy stretches. Easterly winds moderating.