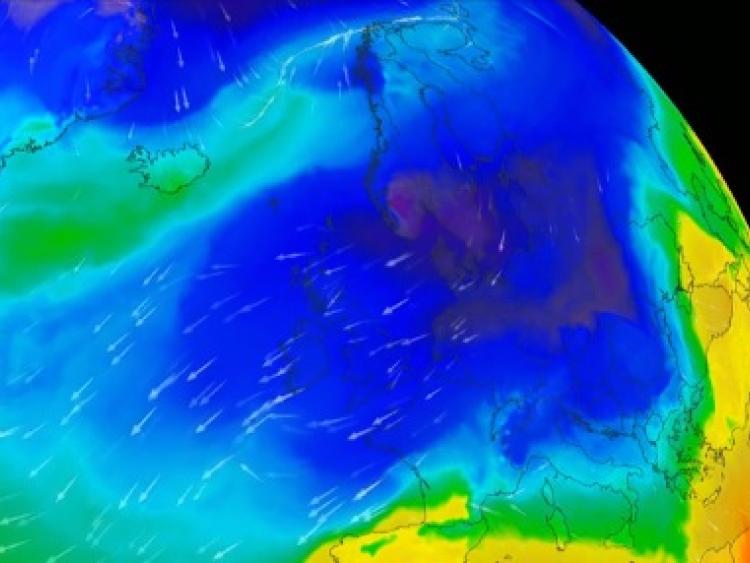 A blizzard and Status Red weather warning is on the cards, a senior Met Éireann weather forecaster has warned.

Eveyln Cusack gave an update on the impact of the weather that will accompany air coming from Siberia is coming from the North Pole.

Speaking on Morning Ireland on RTÉ Radio 1 she said the first of the snow is set to fall on Tuesday. By Wednesday morning she said there is going to be a fair amount of snow along eastern coastal counties and pushing west as far as Laois and Offaly.

"The high danger evening countrywide is for Thursday, Thursday evening and Friday as we call what is dynamic snow with a weather system pushing up from the Bay of Biscay. A lot of precipitation is associated with it and as it hits the cold air of Ireland and Britain there is a high risk of some very heavy snow," she said.

She was not in a position to give amounts but expects a blanket of snow. She said the country will experience blizzard-like conditions later in the week.

"Of more significance than actual amounts is that there will be easterly gales. So we are talking about close to if not blizzard conditions. The definition of a blizzard is continuous snow blown by gale force winds." she said.

"The snow would be quite powdery reducing visibility very significantly," she added.

She said the wind chill will make it very cold which led to a warning to farmers about lambs.

As for the status of weather warnings to be issued she said it was likely that a Status Orange warning would be issued for Tuesday night and Wednesday morning.

"Later on in the week it looks as if we will be issuing a (Status) Red (warning) but these will be specific warnings with details," she said.

Status Red or severe weather warnings are rarely issued. If one is issued people in the affected area are advised to take action to protect themselves and/or their properties. Met Éireann says this could be by moving their families out of the danger zone temporarily; by staying indoors; or by other specific actions aimed at mitigating the effects of the weather conditions.

A Status Yellow low temperature warning was in place for last night with temperatures to falling as low as -3C.

Today will be generally dry, but some snow flurries are likely later in eastern coastal counties. It will be very cold and frosty tonight with a few light snow flurries, but many places will be dry.

Lowest temperatures tonight will range from -2 to -5C.