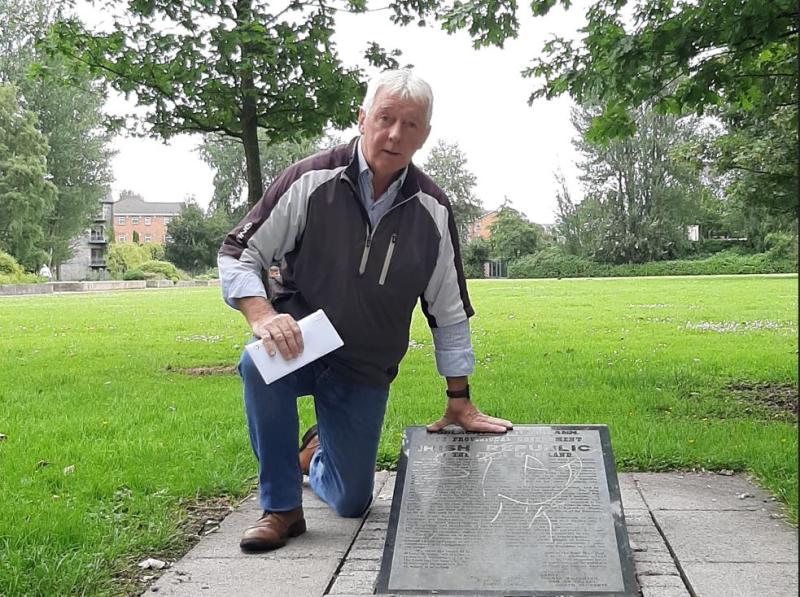 SIX years after it was installed in Tullamore Town Park to commemorate the centenary of the Easter Rising, a stone copy of the 1916 Proclamation has been defaced.

Gold-coloured graffiti in the form of letters has been daubed on the stone which is mounted in Lloyd Town Park among a grove of oak trees.

Cllr Declan Harvey, vice chair of the Tullamore Municipal District, has condemned what he described as an act of vandalism.

“It's our proclamation. Why would anyone want to do anything to deface what our forefathers fought hard for, our independence, our right to vote and all the rest? Why would they do anything like this?” he said.

“This is pure unnecessary vandalism.”

The Fianna Fail councillor said he was first informed about the graffiti last Friday evening and he reported it to the council, saying it was “heartbreaking” to witness.

“To have this kind of thing going on is not right.”

He indicated he was aware that highlighting the vandalism could encourage other misguided people to engage in similar acts but this was so serious it had to be brought to public attention.

The councillor said the graffiti will be removed and the stone restored by council staff and he is raising the matter with them again today.

The memorial stone is surrounded by seven oak trees, planted in 2016 to symbolise the seven signatories of the 1916 Proclamation.