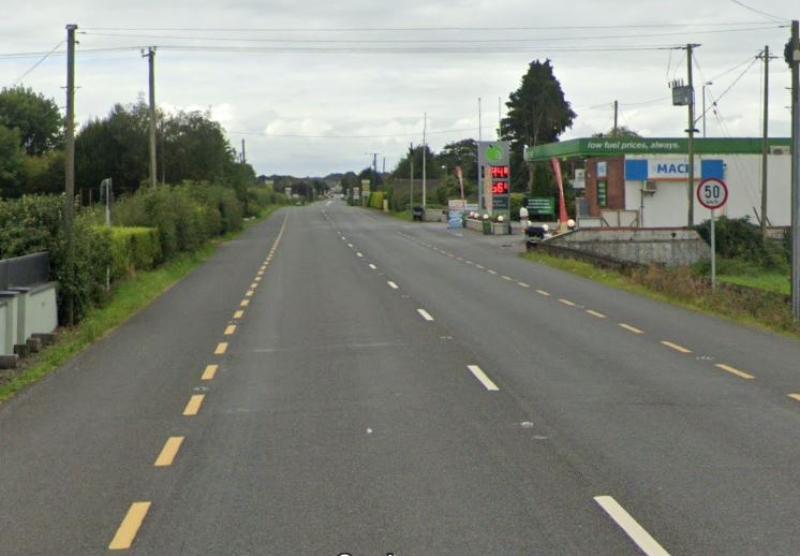 THE presenter of the popular 'Country Roads' Midlands 103 radio programme said he contested a speeding fine in court because of his concerns about road safety.

Joseph Cooney was fined €160 at Tullamore District Court after being convicted of driving at 106kph in a 50kph zone near Kilbeggan.

Garda Kevin Mooney said in evidence that when he was conducting a speed check at Dublin Road, Coola, Co Westmeath at 6.49pm on July 14, 2021 he detected an Opel Insignia exceeding the speed limit.

Garda Mooney said he stopped the vehicle which was being driven by Joseph Cooney of Riverstown, Killucan and the man told him he was a garage mechanic who was testing a vehicle.

The garda told the driver a fixed charge notice would issue and Mr Cooney replied that he did not realise it was a 50kph zone.

Garda Mooney said a short time later when he was a short distance away at Clara Road in Kilbeggan he was joined by Mr Cooney who “began to argue” and repeated he hadn't known it was a 50kph zone and told the guard he was “shooting fish in a barrel” at that location.

Garda Mooney added that the location fell within the special speed limits under the Westmeath bye-laws.

Replying to Sandra Mahon, Offaly state solicitor, Garda Mooney also said when the fixed charge notice was unpaid a summons was issued and Mr Cooney then had a further opportunity to pay.

Cross-examined by Donal Farrelly, defending solicitor, Garda Mooney recalled that Mr Cooney had asked him about the sign and he told the driver that it had been there for more than a year.

Garda Mooney said the bye-laws were updated in January 2020 and prior to that the speed limit would have been closer to the town of Kilbeggan.

He agreed with Mr Farrelly that there were now two signs and unlike the one nearer the town, the one at which Mr Cooney was detected did not have anything to tell a driver to calm their speed in advance.

In his evidence, Mr Cooney said he had been presenting a radio programme for the past 20 years and while he had total respect for An Garda Siochana, he had not argued with the guard on the date of the alleged offence.

He described himself as a 64-year-old grandparent who would be mortified if his grandchildren came in and said they were travelling at double the speed limit.

The only reason he had been driving at that speed was because he did not see that sign and he had driven that road for 22 years.

He added that in all his years he never had a parking ticket, a speeding fine or an NCT offence.

Mr Cooney said that when he tried to explain to the guard about the sign he was told “it had nothing to do with him”.

He said he responded to the situation as soon as it occurred by contacting the fines office in Thurles and the garda superintendent in Athlone.

The fines office wrote to him advising him to contact the detecting garda and though he contacted the superintendent he received no response.

He then contacted the superintendent when he had moved to Mullingar and was told the matter would be checked.

Mr Cooney repeated that he had not seen the speed limit sign, said he had photographs in court of signs and road markings, and outlined how he had contacted a councillor, Tom Farrell, who said he would take up the matter with the council with a view to having “forewarning” signs put up in advance of the 50kph signs.

Mr Cooney added that as a result of research he carried out, he learned the signs were put up in anticipation of a new school being built on that road but planning permission for that school had not been given until this year.

He said he was very familiar with the road and never exceeded 50 at the original speed limit sign, or even 40.

He went back to the location on three occasions, including once with his wife and asked her to “shout 50” when she saw the sign. At that point he “hit the brakes” and found it was difficult to stay under 50kph and a Tullamore town bus went around him blowing its horn.

He said he had videos in court of traffic at that location, describing it as an area where people were being caught with no warning.

Mr Cooney contrasted the first sign with the second one nearer the town where motorists are informed 800 metres before with a traffic calming notice, a slow down sign and then markings in the middle of the road.

Where he was stopped there is a 100kph sign and then a 50kph sign 200 metres away and he would “challenge anybody” to go on that road from Tyrrellspass to Kilbeggan, not knowing the 50 was there, and get their car down from 100kph to 50.

He also said the offence was said to have been committed at Coola, Dublin Road, Kilbeggan but because his granduncle owned Coola Mills he knew that was in a different place, on the Mullingar road.

Mr Cooney said he was not in court because he wanted to “get off anything” and he could have paid the fine and taken the three points on his licence. He wanted to make the gardai, the public and the council aware that the speed limit sign presented an accident risk.

He put a post on the Kilbeggan Past and Present Facebook page and got many responses, including one from a lady who said she had almost been hit by a truck and she could hear its air brakes.

Cross-examined by Ms Mahon, who put it to him that the sign was there, Mr Cooney asked how could he obey the rule when he did not see the sign.

He had gone back to look at it and he saw that on one side there was foliage and on the other it was camouflaged by a petrol station.

When Ms Mahon put it to him that he had been detected driving at 106kph, Mr Cooney explained that he had passed a car and was slowing down and when he got to the other 50kph sign he was doing 40kph.

Mr Farrelly asked Judge Cronin to give Mr Cooney the benefit of any doubt she had, saying his client had not seen the sign and was a genuine man giving his evidence in the public interest.

Judge Cronin said that while Mr Cooney said he didn't see the sign he accepted it was there and though she appreciated what he was saying she had to apply the law to the facts.

She said she would not increase the fine from the €160 he would have paid if the matter had not come to court.

Mr Cooney was given six months to pay the fine and recognisance was fixed if he wished to lodge an appeal.