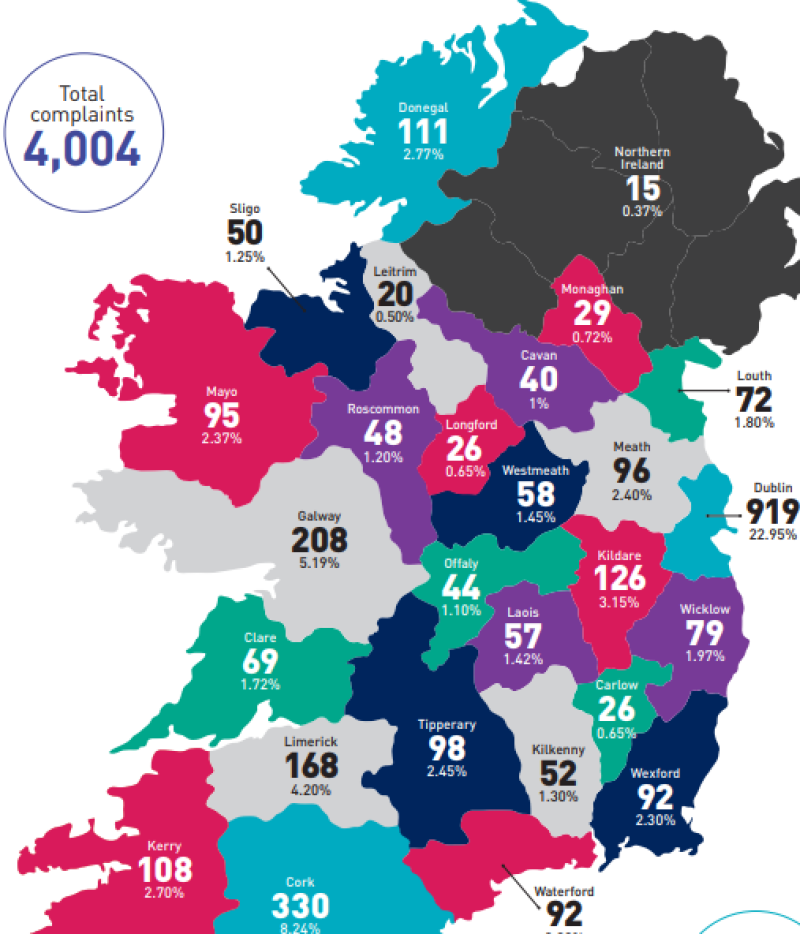 Offaly people made 44 complaints of unfair treatment to the Ombudsman

There were 44 complaints from Offaly people to the Office of the Ombudsman in 2021. Ombudsman Ger Deering said the number of complaints received across Ireland reached a record high in 2021 with 4,004 people contacting his office.

Mr Deering said that complaints about local authorities accounted for the largest proportion of the increase, with 1,290 complaints - an increase of 45% on 2020. These mainly related to housing and planning issues.

The role of the Ombudsman is to investigate complaints from people who feel they have been unfairly treated by certain providers of public services, these include government departments, local authorities, the HSE, public hospitals, publicly funded third level education institutions, public and private nursing homes and direct provision accommodation centres. The services of the office are free to use.

As a result of the Ombudsman’s intervention the nursing home wrote to Norah apologising for the incident. However, it continued to refuse to respond to Norah in writing to the issues raised in her complaint. The Ombudsman provided a full written account of what had happened on the day of the incident to Norah, and her family. He has also spoken with the Department of Health, with a view to having the requirement for private nursing homes to provide written responses to complaints put on a statutory basis

Before complainants bring their complaints to our Office they must first take steps to resolve their complaint with the public service provider concerned.

Another example was when a man complained to the Ombudsman when Tipperary County Council said that his two businesses would be assessed as one for the Government’s COVID-related business ‘Restart’ grants. The Council said that as his two businesses were linked, and shared the same tax number, the man would be entitled to one grant only in respect of his two operations.

The Restart scheme provides that businesses can be entitled to more than one grant if they have separate ‘rated properties’ or ‘operating from a number of properties’. The  Ombudsman noted that the Council had issued separate rate demands in relation to the man’s two businesses and their activities were quite different in nature. In addition, the businesses were registered separately with the Companies Registration Office. The Ombudsman asked the Council to review its decision. The Council awarded the man an additional €3,100 in respect of his second business.