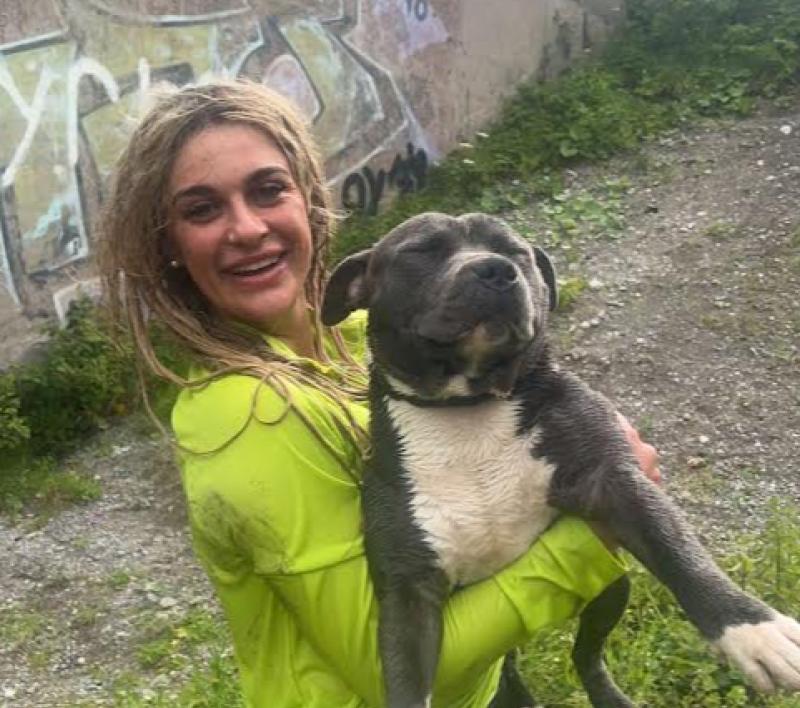 A Tullamore woman got more than just a walk when she took her dog for his daily exercise last Saturday morning May 21.

Leanne O'Connor brings her dog Mylo out for walk every morning along the bank of the canal at Srah in Tullamore.

Last Saturday she was out as usual when her dog a young Blue Staff accidentality fell into the water and began to panic.

''It was just under the railway bridge. He jumped straight out into the middle and he started to go under the water. He was panicking. I had my two year old daughter with me and she was crying,''

Leanne's partner was also there but unfortunately he couldn't swim so Leanne jumped in fully clothed to save the family pet.

''I would be a good swimmer, but the dog was all over me splashing and still panicking.''

Once Leanne got hold of Mylo she next had to try to get him and herself out of the water to safety.

''There was a massive wall along the side and I couldn't reach the top of it. I had to stretch up my arm to where my partner was standing and he and my brother had to take it in turns to pull me along by the arm until I got to where there was grass. Then my partner pulled me out and my brother took Mylo. My arm is bruised from the wall. I must have been in the water for 10 minutes. I can't remember if it was really cold, I just remember jumping in. I can still see Mylo's little face he was terrified,'' said Leanne.

Leanne said she was shaken after the incident. ''I don't think it hit me until after.''

She then had to walk home in her wet clothing to Meadow Close where she lives. She said there were two women walking on the opposite side of the canal but they continued walking as if there was nothing unusual happening.

Leanne said she got a few odd looks as she was going home and was glad she didn't have too far to go.

She and Mylo are both doing fine after their ordeal.