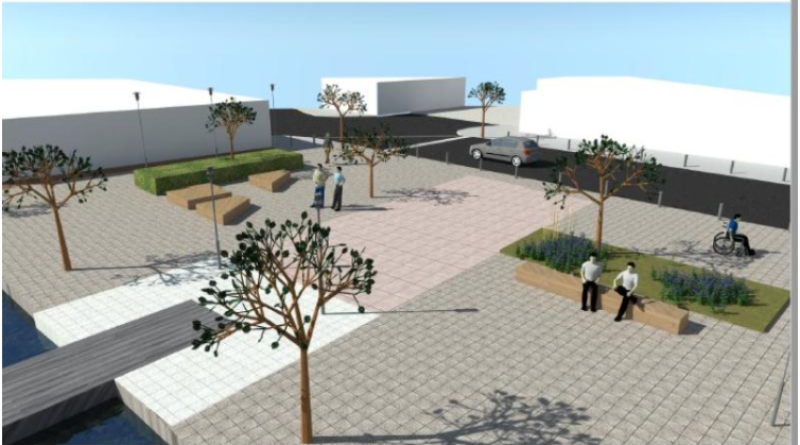 THE contract has been awarded for the redevelopment of Millennium Square on Main Street in Tullamore to Tower Civil Engineering, a company based in Tullamore, the monthly meeting of Tullamore Municipal District heard.

The works are due to start within the next 2-3 months depending on deliveries of key materials & are expected to take 8 to 10 weeks to reach completion of the project,'' said Mr Daly.

Councillor Neil Feighery said it was great to see work beginning on Millennium Square. ‘’It's a little underutilised gem’’ and ‘’it will improve the permeability of the town,’’ he said.

Meanwhile the planned O’Connor Square/Church street link which will include an urban sensory garden and remote working hub is going to tender shortly.

Senior engineer with Offaly County Council, Jean Ryan told the monthly meeting of Tullamore Municipal District, Ms Ryan said it is hoped that work will begin on this project early this year.

Two smaller projects, ‘’but no less important’’ said Ms Ryan is the Meath Lane Link and Acres Folly, ‘’both of those should progress nicely throughout the year,’’ she said.

Meanwhile tendering for architectural consultants to draw up a Masterplan for the Harbour is also underway.

Also going to tender is the urban greenway and cycle network, these are expected to go to tender this year too.

Cathaoirleach of Tullamore Municipal District, Councillor Tony McCormack said ‘’There are some fantastic projects there and it's great to see them coming to fruition. The town looks so well and It's going to look even better and fantastic and attract more people into the town.’’ said Cllr McCormack.