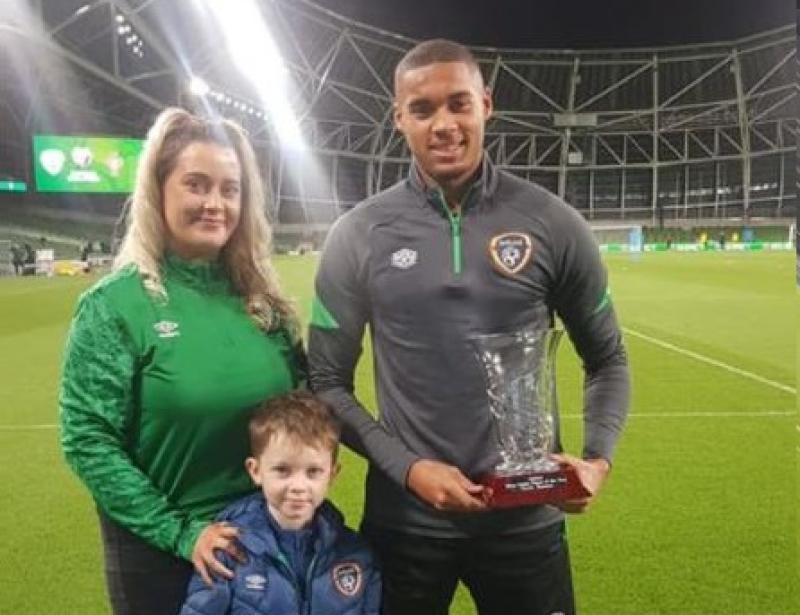 THE Republic of Ireland missed out on a place in next year's World Cup but the qualifying campaign will still be one to remember for this Tullamore youngster.

Little Michael got his picture taken with one of the soccer team's emerging stars when he and his mother Chloe McGlinchey presented goalkeeper Gavin Bazunu with a top prize at the Aviva Stadium.

Chloe and Michael took to the turf of the Lansdowne Road venue to hand deliver a piece of carved crystal to Bazunu after he was chosen as the Confederation of Republic of Ireland Supporters Clubs (CRISC) senior men's player of the year for 2021.

Young Tullamore woman Chloe is a member of the Tullamore Republic of Ireland Supporters Club and is one of the team's most faithful followers, having seen the country's footballers play at venues around the globe.

CRISC members took a vote to select their top Ireland player of the year and opted for 19-year-old Bazunu, the Dubliner who played for the Shamrock Rovers first team at just 16 before signing for Manchester City and going on loan to Portsmouth.