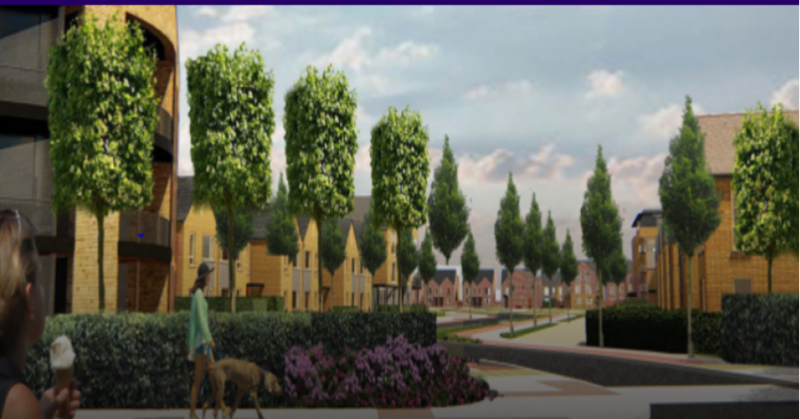 An artist's impression of how the development might look

Steinfort Investments Fund is once again seeking permission to build a massive development at Clonminch and Gayfield in Tullamore.

This is the third attempt by the company to seek the go ahead for the scheme which consists of 358 dwellings, made up of houses and apartments, shops, a neighbourhood centre, creche, parks and squares.

The company is taking the strategic infrastructure route which allows proposals for large scale developments to bypass the local authority and go straight to the board.

An Bord Pleanala refused Steinfort Investments first attempt describing the design as substandard. However, later the Board decided the development was worth further investigation.

The company once again applied, but their second application was deemed invalid with issues around the furnishing of plans, drawings and other particulars blamed.

60 submissions from members of the public including residents of Clonminch Wood and Limefield Estate objected to the first application.

This latest application is due to be decided by February 18, 2022.