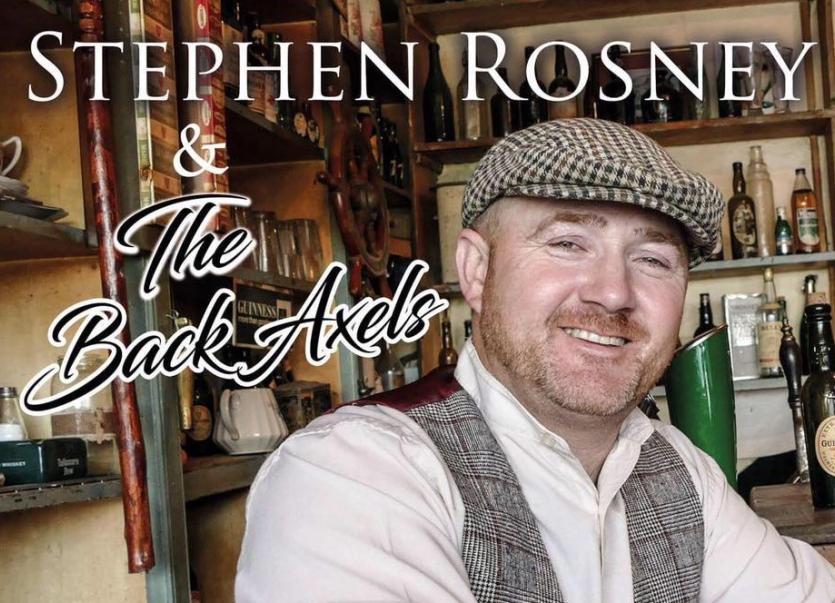 Stephen Rosney and The Back Axles

If there's one thing the midlands has in abundance right now, it's musical talent. And if you're looking for proof of this, then the Tullamore Show next Sunday is the place to be.

As the world-famous agricultural and livestock event prepares for its 2017 edition to get underway, visitors on the day can look forward to entertainment from some of the most talked about new talent on the Irish country music scene, including a host of Offaly stars.

Taking to the stage at various parts of the day will be Colin Kenny, Olivia Douglas, and Stephen Rosney and The Back Axles Band.

All three have recently filmed special appearances on the TG4 show Feilte, with Kenny's and The Back Axles' having already been broadcast, now both available on the TG4 player, while Olivia Douglas' performance is due on our screens this Thursday evening, August 10.

Kenny, the Borrisokane based barber from Banagher, burst onto the scene when his debut single, 'Don't Close Your Eyes', hit the #1 spot on the iTunes Irish country chart earlier this year, following on from acclaimed opening act appearances with the likes of Tony Christie, Mike Denver and The Fureys. Colin's second single, 'You're Such A Good Looking Woman', is out now and is sure to be a big favourite with fans on Sunday.

Ferbane's Olivia Douglas is definitely having a year to remember so far. Not only will she be returning to the Tullamore Show stage for the second year in a row, but she's also celebrated her first major awards in country music, winning the 'Best Breakthrough Artist (Midlands)' prize at the Sunday World Music & Entertainment Awards, and the Gene Stuart Music Inspiration Award at the Hot Country TV Awards Concert.

She followed that with her very first #1, her version of Bob Dylan's 'Don't Think Twice,' which climbed to the top of the charts. A new single from Olivia is expected in the coming weeks, and she might even perform a preview on Sunday.

SEE ALSO: WATCH: Video captures a flavour of what is on offer at this year's Tullamore Show

Ballycumber band Stephen Rosney and The Back Axles are held in high regard with this group recently signing a deal with the Hypermedia Nashville record label. A full debut album is in the works, but if you want a taste of what's coming, then this year's Tullamore Show performance is sure to whet your appetite.

You can catch these performers and more at the Tullamore Show, taking place this Sunday, August 13.