Raheen keeping focus on themselves and doing the right things 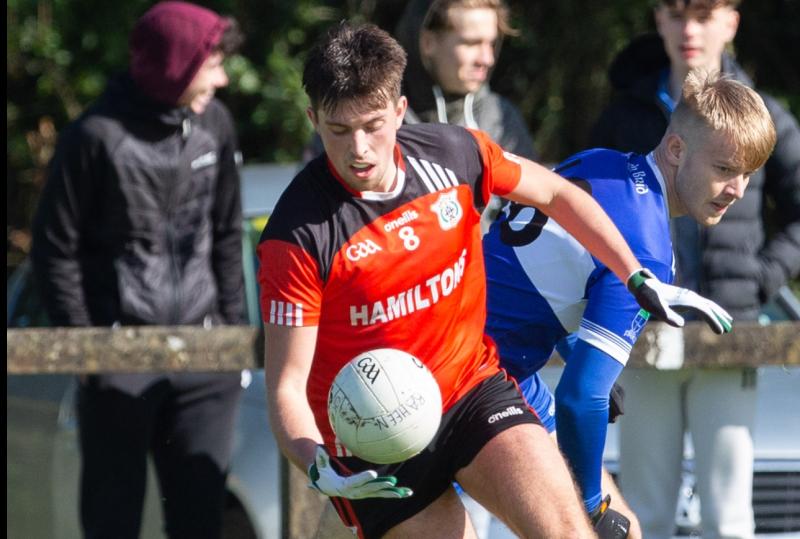 WHEN it comes to championship semi-finals, coaches and supporters tend to be on the same page – the most important thing is to win the game, and take your place on the big stage.

However when the matter of how to go about getting there is discussed, then there can easily be variation. While some supporters are huge fans of the modern style of play, others like to see plenty of man-on-man contests, 50-50 challenges, and the ball moving up and down the field quickly. Coaches, on the other hand, like to see control, good-decision making, a good understanding from their players of the risk/reward ratio, and above all, a strong work ethic.

Raheen’s 1-11 to 0-7 win over St Brigid’s in the Intermediate championship in Daingean a little over a week ago was very much a win achieved in the style that would best please a coach.

“I’m very happy, we put in a big effort, the lads followed the plan, got contact on the opposition in the middle and were very effective when in possession” was how Raheen manager Richie Dalton described his team’s victory.

And in a nutshell, that was it. Inclement weather didn’t do anything to encourage free-flowing football, but Raheen’s management of the environment was ideal. They got bodies around the ball in midfield, they choked up the scoring zone in defence, and they played patient football and worked the ball into the hands of their main scoring threats up front, with Conor Carroll using his experience to orchestrate matters from full forward.

“We were in a county final last year but once that game was done and dusted, we just drew a line under it. Clonbullogue beat us well on the day and they went on to prove how good they were in Leinster after, but when we started this year’s championship we looked at eight teams that were very evenly-matched, where any club was capable of beating anyone else if they got it right on the day, and so we had to go back to the bottom of the hill and make sure of everything we did on the climb up” said the former Edenderry and Offaly midfielder.

“When it came to St Brigid’s, we had beaten them in the group stages but that game was far more competitive than the final margin suggested, and it was the same with Ballycommon against Tullamore. People expected Ballycommon to win, but Tullamore have a great underage structure, they’re bringing loads of lads through, and they’re a very athletic, fit team that would test anyone. You can’t take any game for granted, and it’s set up well for a good final”.

Dalton, who won county senior championship medals in 2011 and 2015, feels that the lead up to the big day is no different for players and management, but that it’s on Sunday when his emotional journey will diverge from that of his players.

“The build up is the same, whether you’re a player or you’re on the sideline, you’re thinking about what you can do to fulfil your role as best you can, to control what’s controllable and to get things right. It’ll mean looking at video, having a plan B, plan C and so on for different situations that might arise, and if you asked any of the experienced players in the group, they’d be the very same right now.

“It’s on match day when as a manager, your hands are tied to a much greater extent. If you’re on the field you can try to do something to influence the game, to make a big block or put the score on the board, something that shifts momentum and helps your team. But there’s very little you can do from the sideline, particularly when the game goes into the closing stages”.

“All year long, our mantra has been simple. Work hard and do the right things on Tuesday at training, on Friday at training, and then bring those lessons into the match at the weekend. County final day is obviously a bit different in that the lads get to line out in O’Connor Park, which is where everyone wants to play – sometimes, when you’re playing senior, you get to play nearly all your games there, but it’s different at intermediate.

“However it’s still a game of football, we still have to work hard, do the right things, play the same football we’ve played all year, focus on ourselves and see where that takes us”.