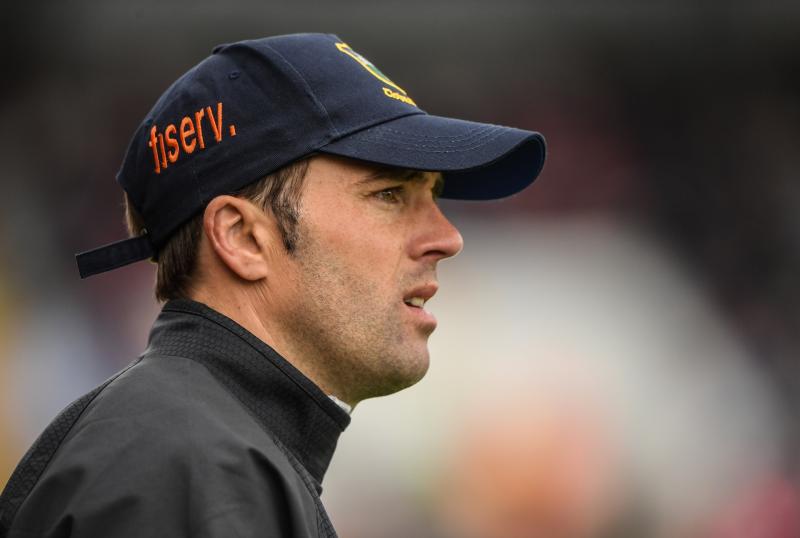 “IT'S a great way to win a final and an awful way to lose one and our hearts do go out to Offaly.”

The words of Tipperary Manager James Woodlock probably echoed the sentiments of the majority of Tipperary supporters in the 20,214 attendance at UPMC Nowlan Park on Sunday last.

The Drom-Inch man was dumbstruck by the enormity of the dramatic victory against Offaly in the Electric Ireland All-Ireland minor hurling final, but after the celebrations had begun to die down on the pitch afterwards, he soon found his voice again.

“The heart and desire shown by the players has been phenomenal and it was borne out again today. It took us until the last seconds to win this game and obviously we did it with fourteen players as well. But, we would have been very disappointed with some aspects of our play. We made it hard on ourselves – in fact we made every game hard on ourselves this year. Offaly came here fully thinking they were going to win today and rightly so – they have a brilliant team. They brought huge momentum with them and we knew they had a bandwagon with them and loads of support. They are a brilliant team and we knew we had it all to do,” he said.

Tipperary showed a lot of character all throughout the campaign and they also showed maturity beyond their tender years. And, James pointed to the fact that sixteen of the squad had been involved in minor hurling and football set-ups last year as being crucial in this regard.

“Every question that has been asked of them this year, they were able to answer them. We said that if it took until the 57th or 58th minute, we would still be there and it just happened that way. We showed earlier in the year that we were able to come back and we showed it again today. We showed maturity and calmness even though things were not working well for us. We got the only bit of luck in the final play of the game because so much had not gone right for us. When you don't die in games you always have a chance of winning,” James said.

Admitting that he was well aware of the pressure the job entailed when he took it on two years ago, James alluded to the fact that Tipperary made history by being the first team to win the Tony Forrestal Cup (U-14) and following on to win the All-Ireland minor hurling final.

“I have been told all my life that I am not good enough and that kind of siege mentality attitude set in with me. I thought if I ever get the chance to rewrite the history books I'll do everything in my power to do that. I am delighted we have done it now and I am really looking forward to spring boarding the guys into senior grade in the years to come because we need them,” he said.

Did he enjoy the game?

“It was not enjoyable from my point of view – absolutely not. I am relieved more than anything else and I hope we can enjoy the next day or two. I am delighted that we won the All-Ireland and for their parents and families who brought them to training three/four times a week, it's huge. It's huge for everyone involved and I am thrilled for them all,” he said, adding that heart and passion won the day for Tipperary.