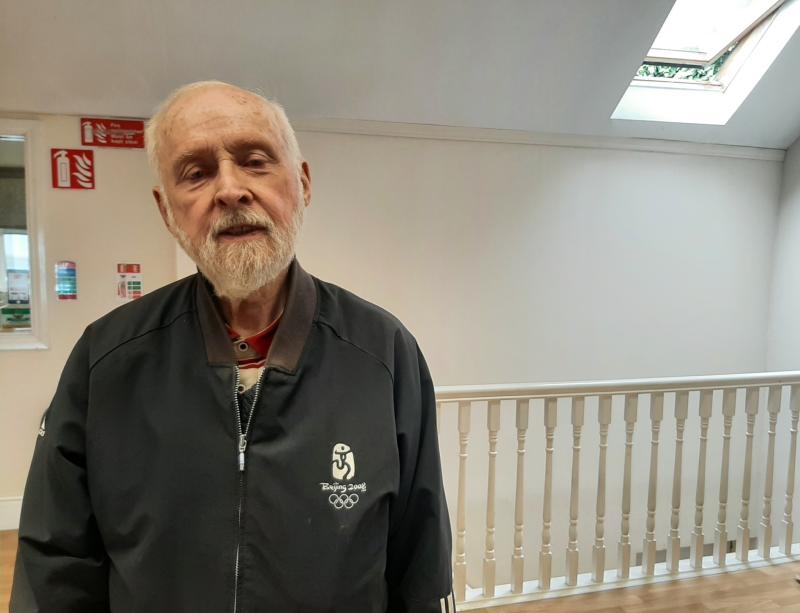 At the age of 80, Pat Bracken will first travel to Rimini, Italy on June 24 for the European Veterans Table Tennis Championships.

After a week with the Irish team at that tournament he will return home and then prepare for the Veterans Seven Nations Table Tennis championships in September.

Pat first learned his table tennis in St Mary's Youth Centre many years ago when he was coached by Jim Duffy and Tommy Droogan and played for Offaly when he was 17, winning the Leinster junior championship in 1964.

He won three provincial medals with the Irish National Foresters and Salts teams along with manhy other titles around the country.

“I played an awful lot when I was young and then I gave it up for about 35 years and then I got back into it again,” said Pat.

Table Tennis Ireland organise tournaments in Dublin, Belfast and Ballymena and from those matches players are ranked for the Irish teams.

Pat plays regularly at the Charleville Centre and he also does “a lot of walking” to keep himself match fit.

He is a former member of the Tullamore Grand Canal Runners who ran from Shannon Harbour to Dublin for charity over a 10-year period and he has also completed marathons in Dublin and London.

Along with table tennis and athletics, Pat played soccer with the Tullamore-based Callary Rovers team which won a youths town league and he is currently a season ticket holder for Republic of Ireland matches and is a member of the Tullamore branch of the Ireland soccer supporters club.

Table tennis was his primary passion in his younger years and among the fantastic players he competed with were the aforementioned Duffy and Droogan, plus Paddy Burke, Sean Curley, Tom Bracken, Tommy and Martin Deering, Declan Goggin, Peter Meehan, Brendan Minnock, Peter Moore, Sean Forrestal, Brendan Curley and Pat Delaney.

Returning to the game at veterans level has brought him to Bulgaria, Hungary and China and in the upcoming European championships he will play both singles and doubles in the over 80s.

It promises to be a massive week in Italy for players aged from 40 upwards, with 3,906 entrants registered, including hundreds from the bigger mainland Europe nations.

“There is 844 from Germany alone,” Pat remarked.

After the matches he is looking forward to a gala dinner on June 29 on the terrace of the Grand Hotel in Rimini and on July 1 there will be a farewell beach party on the local seafront.

The Seven Nations championships in the Isle of Man run from September 9 to September 11 and feature Ireland, England, Scotland, Wales, Jersey, Guernsey and the host island.

This will be Pat's fourth appearance in those championships and 2022 marks a resumption of play after Covid-19.

“The first year I was playing the over 75s in the first year they ever had it and I was on the Irish team that won the bronze medal. We were just outside the medals on the last two occasions,” said Pat.

Previous championships have taken place in Perth, Scotland, Guernsey in the Channel Islands and Cardiff.

It will cost Pat €1,850 to take part in the European championships and €750 to compete in the Seven Nations and he is appealing for sponsors to come to his aid.

“Each player has to pay their travel, hotel, food and equipment costs,” he said. “Any sponsorship would be appreciated.”

Pat can be contacted through the Tullamore Tribune.