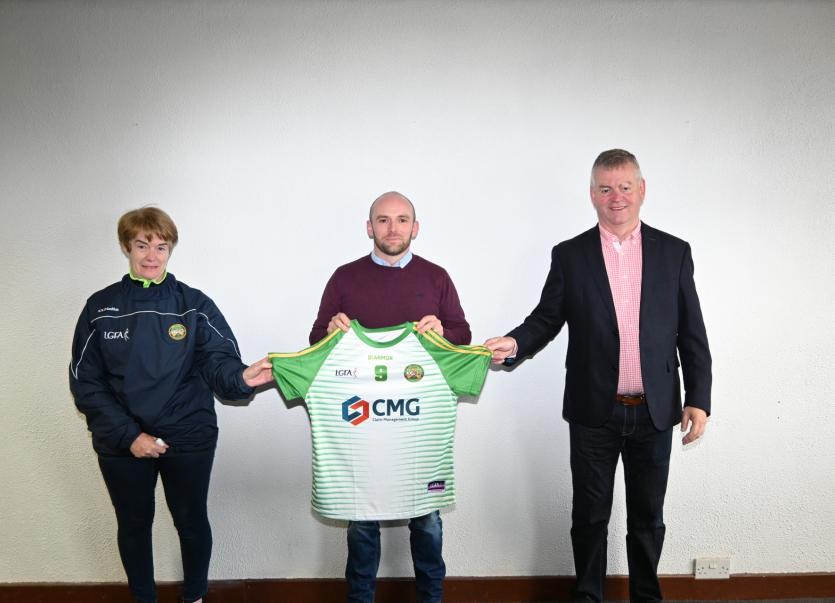 WITH ambitions plans to purchase their own playing grounds in Clara, Offaly ladies footballers have received a sponsorship boost for the coming season.

The Offaly Ladies Football County Board and Clara GAA Club have come to an agreement for them to purchase the old Clara GAA headquarters, Pairc Brid on the Ballycumber road out of the town and it is anticipated that a deal will be struck in the next two years.

At the moment, Offaly ladies footballers have full use of the ground – the pitch has been reseeded, meaning that it can't be used at the moment but games and training will take place there later in the year once that settles. It will become the venue for their home county games and championship semi-finals and finals – though the use of O'Connor Park in Tullamore may be sought for some fixtures.

It will allow Offaly to become one of only two counties with their own facilities and it gives a huge boost to the development of the game in the county. One of the leading forces after ladies football was founded in the 1970s, Offaly are working hard at all levels as they bid to move the ranks again.

Pairc Brid was the home for Clara GAA Club for years but fell obsolete after they purchased the former Convent land and buildings on the Kilbeggan Road. They subsequently developed that at Kilcoursey, providing a number of playing pitches and it can cater for all their needs. Clara had initially planned to sell Pairc Brid for housing development but Clara GAA chairman Brian Gavin revealed last week that these plans went out the window after the land was “red zoned” by Offalty County Council.

As a result Clara GAA agreed to lease the pitch to Offaly Ladies Football and Mr Gavin said he hopes they will follow through and purchase the pitch. “We are delighted that it is being used and especially GAA,” Mr Gavin said, adding that they were finding it hard to maintain the pitch in addition to their Kilcoursey pitches and the boys school. “We are delighted that it has been reseeded and tidied up a lot. Great work has been done and we hope they follow through by buying it,” said Mr Gavin.

Chairman of Offaly ladies football Tom Fitzmaurice said they hope to buy the pitch in the next couple of years and play all their big fixtures here.

Niall Donaghy of CMG said they were delighted to support Offaly ladies football after talking to county manager Gary Daly and have committed for five years. They support businesses and individuals submitting insurance claims and are a nationwide 32 county firm with offices around the country and over 30 staff employed.

Bretland Construction have struck a naming rights deal for the ground which is now called Bretland Park. Fechin Daly of Bretland Construction said they were asked to get involved by one of their work colleagues, a player, Ann Marie McCormack and he was impressed by the passion of the people involved when he spoke to them. Based in Edenderry, they do housing and commercial work and Mr Daly hopes their involvement will be a lenghty one.

At adult level, Offaly are playing in the intermediate championship and Division 3 of the league. Manager Gary Daly spoke about the importance of having their own facilities. “It is a great lift to the girls to have their own place to train, a great boost,” he smiled.