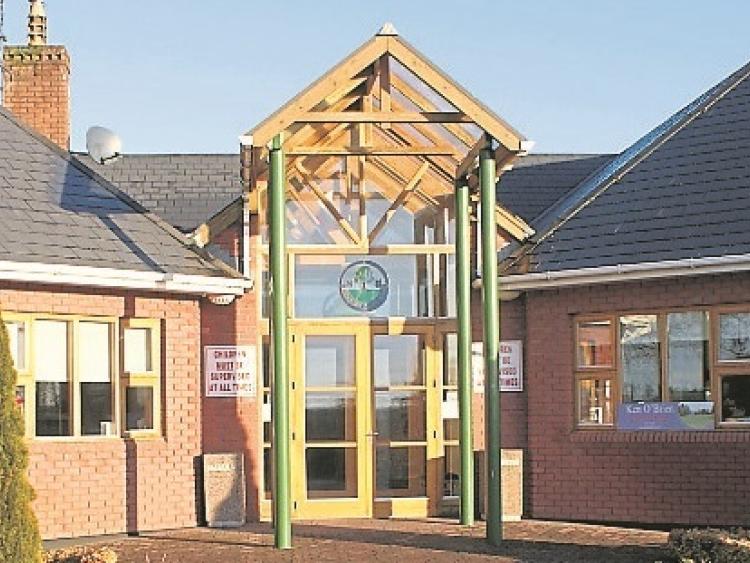 Homely, comfortable, a state of the art clubhouse and an 18 hole par 72 course that covers all of 6,000m plus, with lots of  challenges, lots of mature trees and no shortage of strategically placed bunkers.

A club that is bouncing back after going through a torrid time for a decade, and a bit more.

Taken in charge by the banks; sold to a vulture fund; kept alive by incredible volunteerism but now, with the help of the generosity of members, along with Community Finance Ireland, members have regained control of their club and despite the present circumstances are looking forward with confidence to the future.

On top of that, and ironically due to the coronavirus, they have seen an encouraging uptake of membership, an added and unexpected bonus as when other sports were deemed out of bounds (no pun intended) it was golf that was turned to and Edenderry, as did many other golf clubs, benefiting.

Established in its present location in 1950, Edenderry Golf Club has seen some great times, some difficult times, some trying times, but hopefully in a deal struck just recently, is about to rise practically from the ashes to become, once again, a thriving, vibrant club with a bright future.

Like most golf clubs back in the day of the infamous Celtic Tiger, Edenderry enjoyed a great influx of members and for a club in a rural setting having in excess of 500 was something to be very proud of and it helped to build a modern clubhouse and improve the course up to a standard that is expected.

Then came 2008, the crash and with it problems that saw a big overdraft practically bringing the club to its knees; a major problem that saw most greens wiped out — and to top it all — membership haemorrhaged to less than 250.

So between the crash, the demise of the greens and membership fall-off it eventually saw the bank withdraw its overdraft facilities, thus depriving the club of the necessary cash flow to keep it afloat.

After taking control of the club the bank eventually sold it on to a vulture fund back in 2016.

All through this turmoil however, the club continued to operate with just one paid employees, a greenkeeper. Everything else in

Edenderry, let it be course or facilities, was undertaken on a voluntary basis as the present Hon Secretary Mary Farrell explains.

“Volunteerism kept us afloat, it did not matter what the job was, big or small, it was undertaken by volunteers with John Wyer leading the way.

“A great handyman is John,” said Mary, adding “capable of doing anything and on top of that he got a group of people around him, with various different skill sets and when something needed to be done he would contact the appropriate person who would keep the show on the road.”

Mary Farrell emphasised that while there was a whole host of people responsible for keeping things afloat, the likes of Siobhan O'Callaghan (treasurer), Brian O'Meara, John Sheehan, Trudy O'Neill, did Trojan work until the vulture fund purchased the property from the Ulster Bank.

Amid all the uncertainty word filtered through that the vulture fund was about to put the club on the market and it was then that a group, led by Kevin Farrell, and two lads who had experience in the financial area came on board, James Farrell and Ciaran McDonnell, all heavily involved in negotiations.

Contact was made with a company called Community Finance Ireland. Based in Belfast and operating throughout the 32 counties they describe themselves as “a social enterprise operating across the entire island of Ireland. We aim to create a world-class community finance system that works tirelessly towards ensuring that positive social impact is felt – not just dreamt.”

Meanwhile, members were asked — if in a position — to give the club a dig out (donation) and/or a loan, repayable in ten years time. The response was instant and very encouraging.

Final proposals were put to the general membership at an EGM which saw the club taking back full control in a financial deal that is 50 per cent funded by members and the remainder by Community Finance Ireland.

The influx of new members has been a real added bonus and when you consider that membership had fallen in 2018 to 230; that has now grown to a very impressive 531; a remarkable achievement by any standards especially in the height of a pandemic.

Another really positive aspect for the club is that some three years ago a junior programme was put in place, initially with just 20 members, but that has also grown and now stands at 120, so the future, from that regard, is very positive also.

Needless to say the present shutdown is a blow, but prior to that new caterers had taken over providing a top class all-week facility and by all accounts, their Sunday lunch was proving extremely popular with golfers and indeed non-golfers. Hopefully, that will continue and even expand when golf re-opens again.

As for the golf, well Edenderry was always a challenging and exciting 18-hole par 72 course with some delightful holes and now with this new lease of life it will, hopefully, grow and prosper in the months and years to come.

So an incredible story.

A story of volunteerism that kept the show on the road when needed most.

A story of refusing to lie down and roll over when it seemed everything was going against them.

And a story that all involved are to be congratulated on and wished the very best of luck.

Hopefully, the present situation returns to as near normal as is possible for the ladies and gents of Edenderry; while a trip, whether for an Open Day, a green fee, or as it has been in the past, a very popular venue for societies, will see the Offaly club at its finest once again.

Something certainly all golfers in the entire region can look forward in the months ahead.