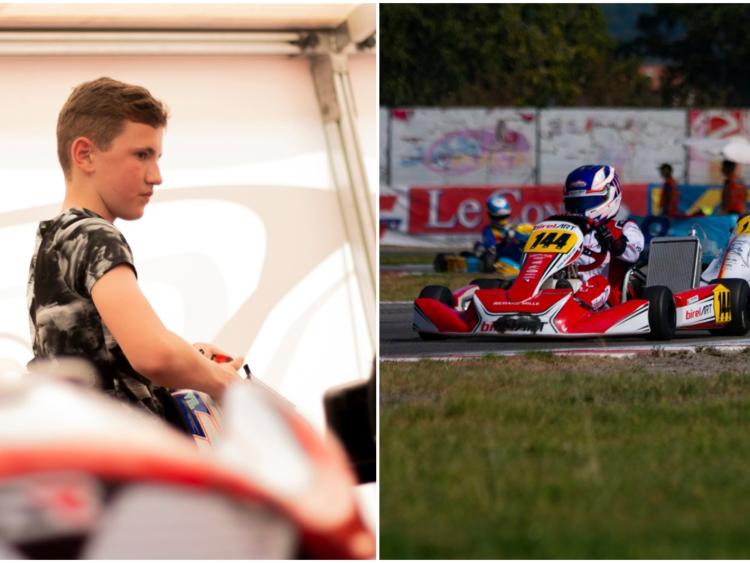 Irish Kart Racing star Alex Dunne, from Clonbullogue, will be back in action over the coming weeks as he tackles two events over two weekends at Portimao, the 2020 Portuguese Formula One Grand Prix venue, to finish off his shortened 2020 season.

Ireland's only International Karting competitor will tackle the 'OK' World Championship from November 5 to 8 at the Algarve track, following a warm-up 'Champions of the Future' event the previous weekend at the same venue. The former European Junior Karting front runner is looking to use the Portuguese doubleheader to get back to the front of the pack as he completes his first year in senior Karting competition.

The shortened 2020 season has seen the Offaly teenager compete in just two European Championship events, with strong showings in both. Despite his limited running, Alex's performances led to him being offered a drive with the Energy Kart team for the two end-of-season races. His first experience of the team came at a recent, very successful, test in Italy and he will now line up as an Energy Kart factory driver at the Future Stars and World Championship events.

2020 is Dunne's first year in Senior racing and at just fourteen years old he will be one of the youngest drivers competing in the 'OK' World Championship. Senior racing classes are contested by drivers from fourteen years old and upwards and many of the drivers the Irish racer will compete against are much older, full-time professional Kart racers, with years of experience under their belts.

Alex has previously raced against many of this seasons' world championship line-up, in the OK Junior category, and knows that he can compete at the front, having taken wins in heats and finals against similar opposition. Being part of the factory Energy Kart team has given the Senior racing rookie some new motivation and he is looking forward to getting back to the form that saw him challenge at the front throughout the 2019 European Karting Championship.

“It's great to be going back to a World Championship Karting event for the first time since 2018, especially having missed out on so many races this year due to the global pandemic," said Alex on the announcement that he would be joining Energy Kart in Portugal.

“I'm very happy to have linked up with Energy for these two events and I'm going there looking to repay them by challenging for the World title. I have to thank the team and all of my supporters who have helped to make this happen, particularly Reynolds Logistics, VTL, Artisan marble and NEA designs for sticking with me during such an unusual season.”

Alex's progress in Portugal can be followed on livestreams from both events. Updates on his progress and links to results and live timing will be available on his website, www.alexdunneracing.com and his social media pages during the events.