GAA LINGO: Your guide to getting back in the swing of shouting and roaring at matches 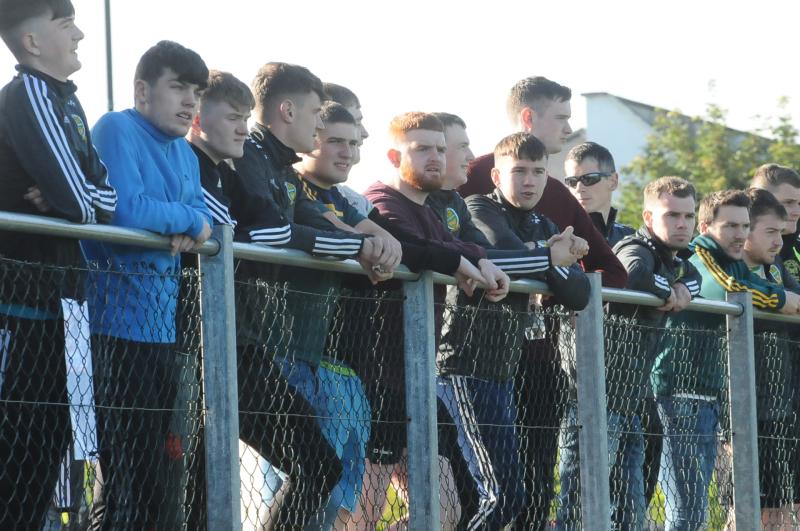 A well-timed comment is a wonderful thing, but what if you're not sure what to say? Well, we're here to help with this handy list of phrases you can use, or might overhear, at GAA matches.

Who's down to ref it? - The first thing you'll be asked as soon as you get out of the car.

And they looking for a fiver on the gate! I told him I only had €2 on me - Never paying full price at the gate is a matter of principle for a lot of lads but that won't be an issue this year with all games set to be all ticket.

You're not social distancing now for Jazus sake, will you get tighter to him! - A new addition to our usual GAA lingo, most likely aimed at a corner back getting roasted

BLACK CARD! - Shouted for every foul in every football match, regardless of whether it is a black card offence or not.

How is that not a black card? - The bemusement continues.

That was never a black card - Stated only when a member of your own club is given a black card, but never when an opposition player is shown one.

Will ya put it over the f**kin bar - Supporters don't like to see reluctance in front of goal.

Oh-the-Lord-Jazus, who kicked that? - Supporters don't like to see the ball kicked wide either.

It's not hot - Helpful advice offered to a player who has just dropped the ball. 'Will ya howld onta the f**kin thing' is often used as well.

Jazus he wouldn't get a kick in a horse box - Usually aimed at some poor junior who has gotten a run with the seniors due to a lack of numbers.

Will ya leh it in - Usually screamed at a midfielder/half back, regardless of whether there is anyone in the full-forward line.

Will ya folly it in - Usually screamed at a midfielder/half forward who stands and watches a ball going into the full-forward line rather than running after it.

They're tippin and tappin there around the middle of the field and nunadem will leh it in - A statement, usually made in exasperation by an older gentlemen, as he laments the current state of the GAA.

Don't mind him, he's only a tramp - A statement of encouragement offered to a young corner-forward who is getting a few digs off the ball by the corner-back.

He's at it all day ref - Standard plea to the referee once he has blown a free against the aforementioned corner-back.

Jazus will ya hit him or do something - If the corner back keeps it up, the corner-forward will be encouraged to take matters into his own hands.

Jazus boys I dunno, he wouldn't have got away with that in my day - Another statement of exasperation made by an older gentleman, when the corner forward refuses to thump the head off the corner back.

No, he's the youngest, the older lad doesn't play at all, I think he's into the music - Discussing the ability of all family members is common practice.

No, the father never kicked, he gets the football from the mother's side - It's important to be able to pinpoint a player's influences.

The next time he puts up his hand, ware the hurl off it - A playful statement of encouragement to a hurler whose marker is lording it on the puck outs.

I'm telling ye lads, we'll win nothing with him at centre-back - Centre back is a crucial position.

Jazus lads, we're losing to a bunch of f**kin hurlers - An exasperated statement from a football club's junior manager when they're losing to a predominamtly hurling club in a football match. The ignominy of it.

Jazus lads, I dunno - Usually muttered while shaking your head as you try to get your head around another defeat.

Could the owner of car registration (insert here) please move it immediately, as it is causing an obstruction - every time there's a crowd in the county grounds, some stook always parks where he shouldn't and causes mayhem.