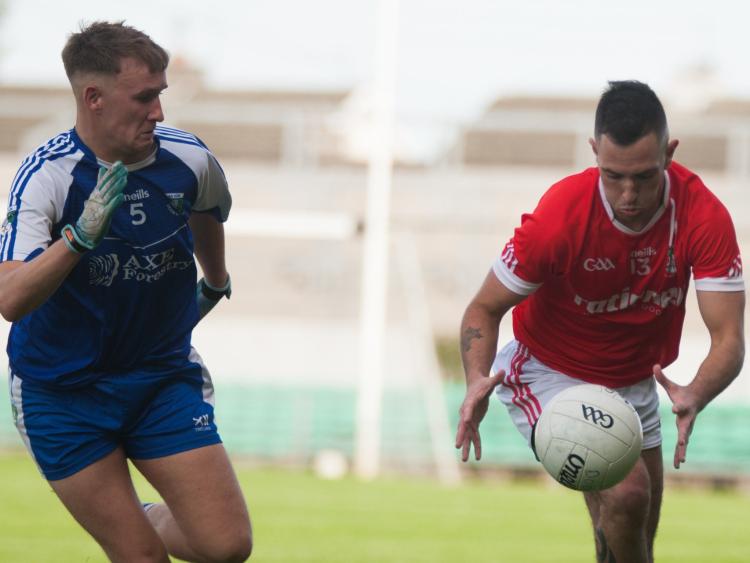 NORMALLY the Tullamore Court Hotel Junior Football Championship is wide open but the presence of Tullamore in this year’s one has changed the goalposts considerably.

Daingean and Kilclonfert will harbour real title ambitions, Edenderry, Clara and Rhode have a lot of fine footballers at their disposal and Ballinagar look to have a good emerging team on the way but Tullamore are clear title favourites.

Indeed the presence of Tullamore’s second team in this championship is a major anomaly for them and one they will be very keen to correct. The fourth grade is too far down for Tullamore’s second football team – they are the big population centre in Offaly and have a strength in numbers that no other club in Offaly can match.

When one considers that Ferbane’s second team is in senior “B”, it throws perspective on where Tullamore are. The other main senior football contenders, Edenderry, Clara and Rhode may also have their second team in junior football but they are in a different situation than Tullamore in terms of size and ability to attract members.

At the very least, Tullamore should have a competitive intermediate team but they took their eye off the ball last year and were relegated. Unsurprisingly, winning the Junior Football Championship is a big target for Tullamore this year and with a mix of former seniors and emerging minors, they should be well capable of achieving this.

They also have a good management mix between the two teams this year with Niall Stack at the senior helm and another former player Pat Cooney over the juniors. Cooney managed Clodiagh Gaels to win the Junior Football Championship two years ago with Niall Stack a key player for him and both have a passionate interest in football and their home club. They will work together and you can be sure that there won’t be any of the conflict that can affect the senior/junior team relationship in some clubs.

Senior will be the ultimate goal and players won’t be held back if good enough but equally they won’t be played at the higher grade either for the sake of it. This year sees a nice balance to the Junior Football Championship with the junior only clubs, Ballinagar, Daingean, Kilclonfert and Kinnitty in one group and Tullamore, Clara, Edenderry and Rhode in the others.

Daingean should be very competitive and are second favourites – they are fit and a lot of their players continued to train during the shutdown - while Kilclonfert have been knocking on the door for a few years but as always, numbers is an issue for them and some of their players are now getting on. Ballinagar are an emerging team but may be too young at the moment – the bulk of the Na Fianna team that won the Minor Football Championship last year are from the Ballinagar area and if they can keep them together, they should be capable of winning this championship in the coming few years.

Many of those players are now eligible to play adult football for the first time and Offaly minor footballer of the year Morgan Tynan and the Strong twins, Ryan and Adam should certainly make their presence felt at junior level – Ryan is out for the year with a cruciate injury. Ballinagar should be competitive but it is difficult to see them having the right mix to win this championship this year – you never know and they could ignite but Tullamore’s presence along with Daingean’s more experienced look places them down the pecking order.

Kinnitty, winners of junior “B” last year, are also in this group. They actually have some very good footballers and enjoy playing the game but the only real target for Kinnitty GAA Club this year is getting to the senior “B” hurling final and getting back to top flight hurling. Football won’t be allowed to get in the way of that goal and while Kinnitty could cause upsets, it wouldn’t be a surprise either if they didn’t fulfil all of their fixtures.

In group 2, Clara, Edenderry and Rhode could all mount strong challenges, though you never know what you will get with these clubs at this grade. They are all capable of putting out strong junior sides with a good mix of youth and experience but they are highly dependant on not losing players to senior. In such a tight schedule with games coming thick and fast, the likelihood is that they will lose players as the season progresses and the loss of one influential player could fatally undermine any of their chances. However, this trio all command respect and it wouldn’t be a surprise if any of them got on a championship winning run.

As always, the junior will be a competitive championship, very highly sought after. Tullamore should be capable of winning it but there are another half a dozen teams dreaming of glory and they will have to put their best foot forward at every opportunity to achieve their target.