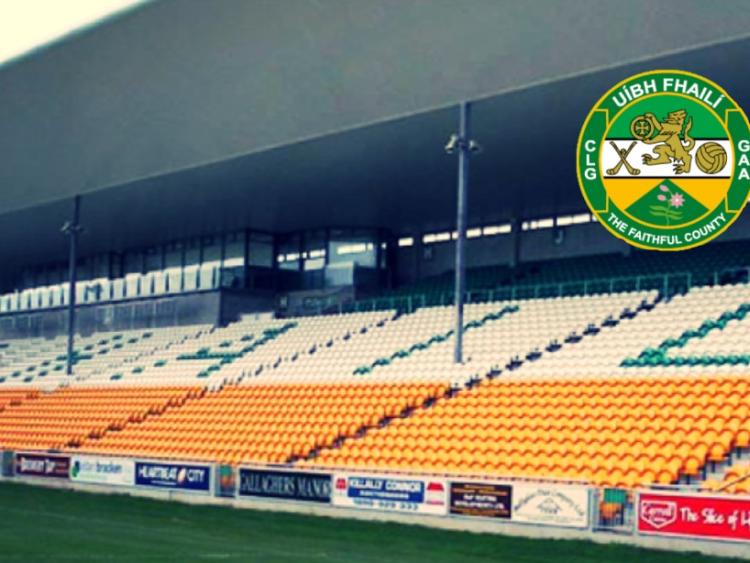 In a surprise development, Offaly GAA officers have come out against knockout club championships, should games be allowed to recommence later this year.

In a letter circulated to clubs this week, chairman Michael Duignan revealed that the officers on the Management Committee are not in favour of knockout championships.

With football and hurling shut down because of coronavirus restrictions and teams not expected to be allowed to train until into July at the earliest, there had been a widespread expectation that Offaly would have no option but to go with knockout club championships if they are to take place this year.

Indeed Michael Duignan stated a couple of months ago that he believed knockout championships would be the best option if they are to get competitions run off this year.

Noting the growing optimism that games may be allowed to resume in the coming months, Mr Duignan told clubs that they now believe that it would not be “fair or appropriate” to give players just one match “after all they have been through.”

He wrote: “We don’t know as of yet what time frame may be available to play these possible championships but we are not in favour of a knockout Championship in Offaly. Many players have not played a match since last year’s c’ship and we don’t think it’s fair or appropriate to give our players just one match after all they’ve been through. In my opinion our players at all levels have shown exemplary leadership during this crisis. They have trained on their own, they’ve provided online coaching for juvenile members, they’ve engaged in Community voluntary activity and they’ve raised substantial funds for charity. They’ve done all this with unprecedented pressure on their jobs, education, sporting and social lives. This might never become an issue but hopefully, if our games commence we can discuss this position further.”

Mr Duignan welcomed the fact that clubs can now reopen their community walking tracks if they wish and he stressed that they must adhere to the regulations if they choose this option.

“As you know we are slowly beginning to emerge from the lockdown as we continue to follow the Government roadmap. It is encouraging to see people returning to work and to see some local businesses starting to reopen. We held a management meeting last Tuesday night and we are still active across as many areas as possible during the lockdown.

“As you know there is now more optimism surrounding a return to activities in the coming days and weeks. As of next Monday, walking tracks can re-open if the club decides to do so. A checklist has been sent to all clubs along with a planning and stewarding template. These regulations must be adhered to if your club chooses to allow access to your walkway.”

He also spoke about the possibility of teams being allowed to resume collective training and he revealed that they
have appointed development officer Colm Cummins (Edenderry) as their Covid-19 liaison officer.

“Over the coming weeks and following Government and medical advice it is hoped that limited training may be able to commence. The GAA’s Covid-19 Advisory Group are expected to issue guidelines around this in the coming days. Hopefully matches may follow and we can commence our Club championships in due course. We will obviously be guided by the expert group but there now seems to be a real hope of games and we await more details around this roadmap for reopening our facilities with optimism. In this regard, I have appointed Colm Cummins to the position of Covid-19 Liason Officer. Colm will assist you with any queries or difficulties you may encounter.”

Mr Duignan also provided a stark outline of the difficulties facing counties and clubs as a result of the lockdown.

“On the financial front I know it is a very difficult time for all clubs as fundraising, sponsorship etc. has all ceased. As a County we are in a very challenging position as almost all of our income is generated at this time of the year through gate receipts. We have been in constant touch with Croke Park and we are managing our day to day costs as prudently as possible. In a national sense the GAA are expecting a loss to all units of between €50 and €57 million. This loss, even allowing for some activity, cannot be bridged so Government support would be required, supplemented by probable bank borrowings. It is essential that the endless support of GAA volunteers in their communities would be recognised and supported financially by Government in the GAA’s time of need.”

He once again outlined the leadership roles that clubs have undertaken in their local communities during the crisis and thanked the for supporting him in his role as Community Champion with Offaly County Council.

“On that note I would again like to thank every club in the County for your ongoing assistance to me in my role as Community Champion over the past couple of months. The GAA volunteer effort has formed a very important part of the Offaly Local Authority Community Response. I sit on that forum and it is very gratifying to hear other voluntary and community groups conveying their thanks to GAA clubs for their help on the ground.

"On a weekly basis we are now delivering in the region of 250 direct interventions, we are carrying out 300 social calls and are
engaged in a wide range of other supports throughout our communities. There are 42 local coordinators overlooking a team of 650 volunteers. A truly remarkable effort, well done and thank you to all involved.”

He concluded: “Lastly I want to congratulate all clubs who have engaged in fundraisers for so many different charities during this time. While things have been tough for us all, many charities have been decimated as they could not go ahead with planned fundraisers and these funds are vital so that they can continue to provide much-needed services. We wish our senior hurlers well as they continue the trend this weekend in raising much-needed funds for Jigsaw & Down Syndrome Offaly.

"Sincere well done to all our members involved across the County, you have all done us proud.”