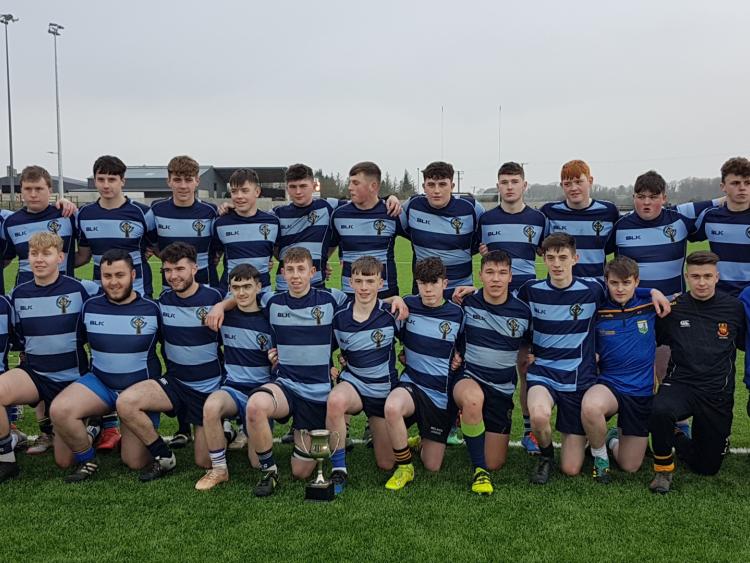 Gallen had a comprehensive win over local rivals Athlone CC in this first round encounter played in Athlone last week.

Gallen had won the Connacht League before Christmas and were keen to maintain the momentum. They got off to a good start playing into the teeth of the wind when Bill Egan crossed for an unconverted try after ten minutes. This was followed by a try when excellent passing through the hands saw back-row forward Luke Balsiger cross for another unconverted try on 20 minutes to give Gallen a 10-0 lead.

With Deema Feehan prominent in the next phase of play, Gallen got to one metre out from the Athlone CC line and when an Athlone CC player intervened to prevent a certain try, the referee had no hesitation awarding Gallen a penalty try which left the Brosnasiders 17-0 up at the interval.

Athlone CC came back into it early in the second half but Gallen soaked up the pressure and effectively ended the game as a contest when Bill Egan crossed for his second try which was converted by Adam Reams making it 24-0 to Gallen CS. Calvin Fox was next to cross the whitewash for Gallen's fifth try again converted by Reams to make it 31-0.

Athlone CC  scored a consolation try to make it 31-5 before Deema Feehan rounded off proceedings near the final whistle with his second try and Gallen's sixth try, again converted by Adam Reams to leave the final score Gallen CS 38  Athlone CC 5.

Gallen emptied their bench and Ruben Diez Velazquez and Adria Aguayo Chivite got their first taste of competitive schools rugby at wing and full-back respectively.

Gallen CS under the tutelage of Tom O'Neill and Conor Galvin play Clifden CS next.