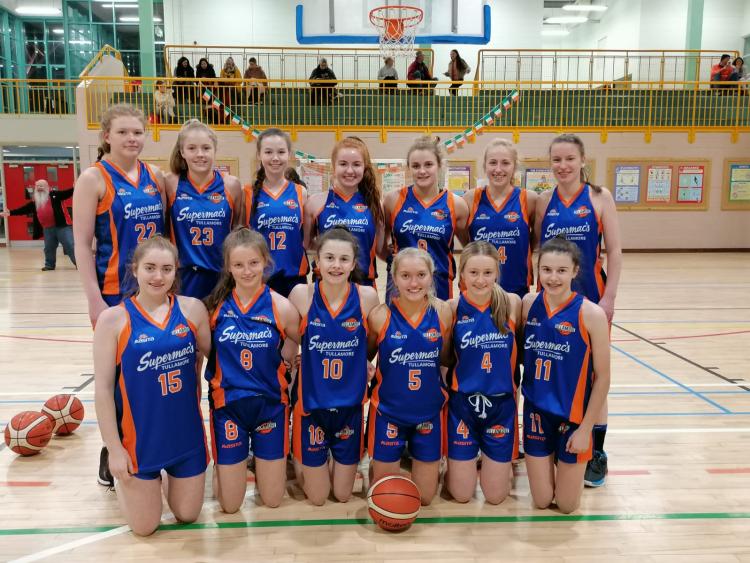 After a marathon day of basketball, our girls secured The Under 18 National Shield Silver medals today in Gormanston College.

Their first game tipped off at 11:20am and their last of the four games finished at 8pm, thirteen or so hours later!
The team looked resplendent in their new Supermac's Tullamore sponsored gear and set about their early games at a ferocious pace.

The girls had impressive victories over basketball powerhouses Meteors & Glanmire in the pool stages before holding out for a famous victory over Liffey Celtics in the semi-final.

The final pitted the girls against Titans of Galway with whom we have always had ding dong battles. On this occasion though the energy-sapping day began to take its toll and Titans ran out deserved winners. Congratulations to Titans.

We have players on the team from Clonaslee, Athlone and the various environs of Tullamore. It's a huge credit to all thirteen girls that they play such unselfish team basketball. We're really proud of the latest feather in your caps girls!!

Keep the heads up! Looking forward to seeing you all in action again after Christmas.