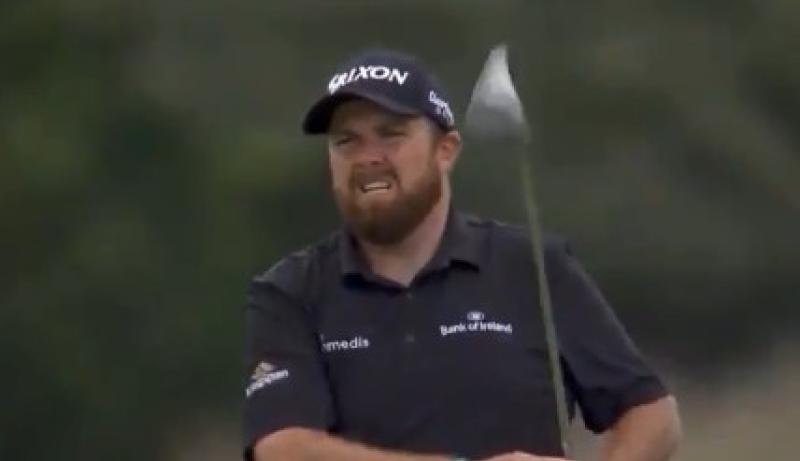 Shane Lowry has once again shot up the leaderboard at the unique Dunhill Links Championship played over three courses in Scotland on the European Tour after a brilliant third round on the Old Course at St Andrews.

Well off the pace after round one, and in 79th and teetering around the cut mark after round two, he is now into a tie for 17th with the final round to come at St Andrews tomorrow.

The Offaly golfer shot and eight under par 64 on Saturday which included the perfect start with five birdies in the first five holes. He got as high a nine under before dropping shots on 16 and 17 but he finished with a birdie to sit on 13 under par for the tournament and in a tie for 17th place.

It is a remarkable recovery after he was one over par and way off the pace after shooting and opening round of one over par at Carnoustie. He bounced back brilliantly on Friday with a six under par round at Kingbarns but he went two better on Saturday at St Andrews.

Matthew Southgate and Victor Perez are the joint leaders on 20 under with one round to go.