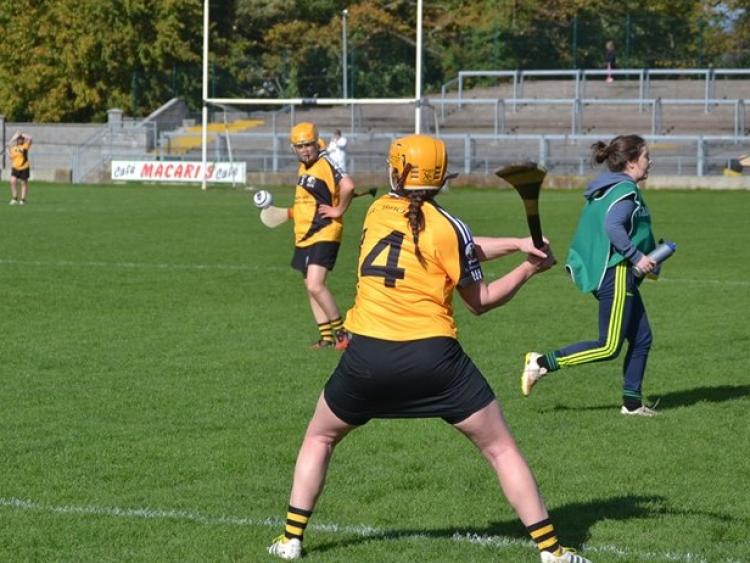 St.Sinchills booked their HQphysio.com junior A final spot for the first time since 2016 with seventeen points to spare over Kinnitty on Sunday afternoon. They will play Kilcormac-Killoughey in the decider.

St.Sinchills got off to a dream start with Lauren Keenaghan pointing in the first two minutes. This score was followed up with a period of personal dominance from Jean Brady who made space to blast the ball to the back of the net. The former All-Star nominee then scored three points, one from play and two from placed balls.

These scores were followed up with a Helen Hensey goal as Kinnitty struggled to convert the ball from defence to their forwards. St.Sinchills lead 2-3 to no score until Rachel Scully converted a free to get Kinnitty's scoring underway. However, this score was quickly wiped out from a very determined St.Sinchills side with points from Katie Hanlon, Two from Jean Brady and Lauren Keenaghan adding her second point.

Kinnitty worked hard to compete with St.Sinchills as Jean Brady broke through the Kinnitty defence hunting down another green flag but Eleanor Clendennen pulled off a point-blank save to keep her side in the game.

The influential Rachel Scully did her utmost to keep Kinnitty's final spot alive firing the ball to the back of the net and adding a point in quick succession. However, St.Sinchills managed to keep their opposition at bay at all times as Jean Brady pointed before the half time whistle. St.Sinchills led comfortably 2-9 to 1-2.

St.Sinchills got off to a perfect start when a Jean Brady free found Roisin Keenaghan who scored St.Sinchills third goal of the game. Kinnittys Rachel Scully got the next point for her side but this was matched again by Jean Brady.

Kinnitty worked hard to win the next puckout and were rewarded when Aoife Bergin scored a point. There were some great positional battles as Leanne Mahon and Leanne Scully fought hard for Kinnitty in midfield, however, any sniff of an attack was hampered by Eabha Flanagan and Cathy Martin in the St.Sinchills backline along with Kellie Kinahan who was having a great game midfield.

Kinahan and Brady added further points as St.Sinchills were on the final stretch of the game. Rachel Scully added her side's final point of the game but there was no doubt of a winner in the closing five minutes with Kinahan and Brady adding a point each to book their HQPysio.com Junior A final spot on September 15 against Kilcormac/Killoughey.